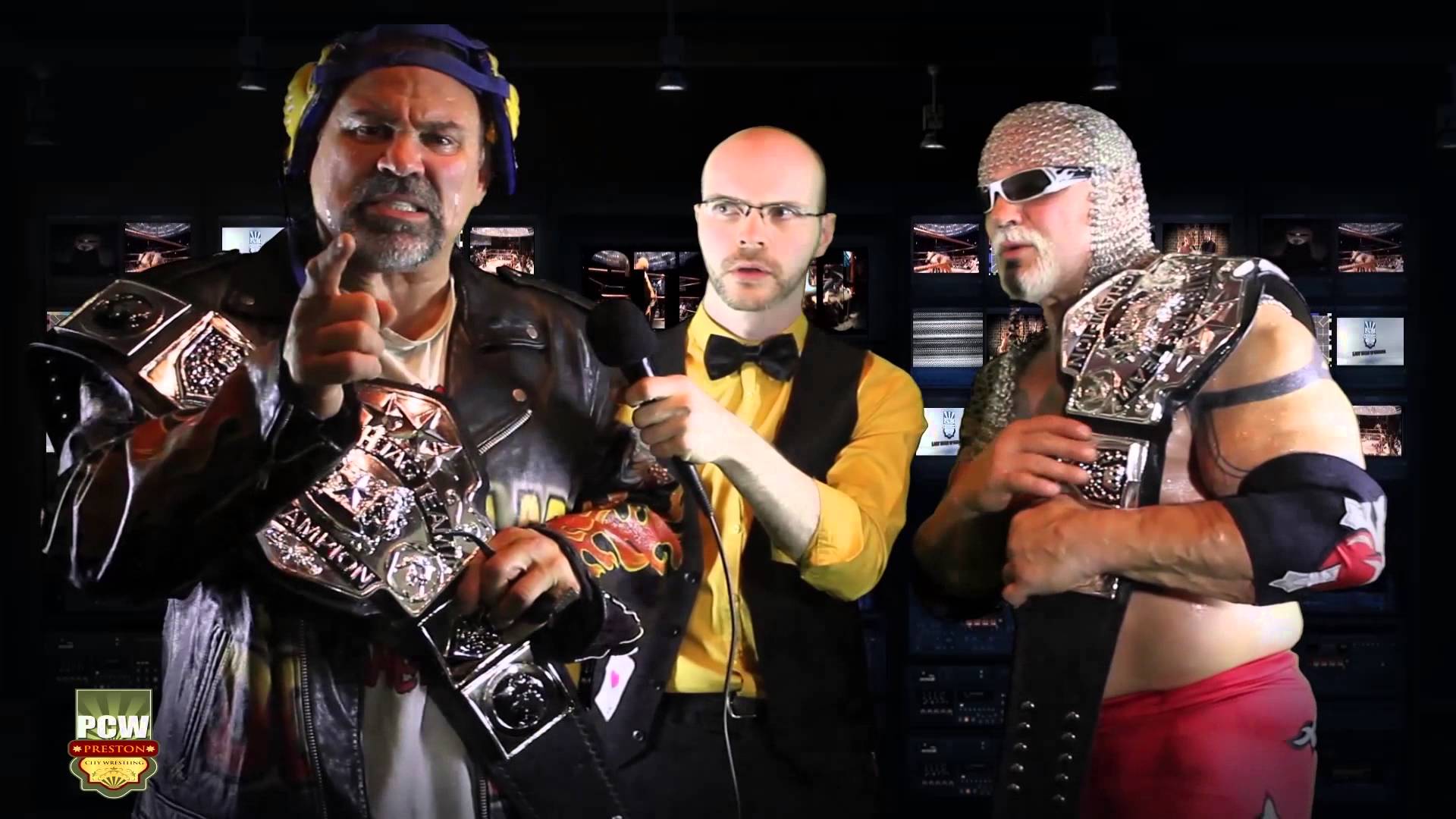 “NWA SuperBrawl” Returns to Columbus on October 1st!  The legacy continues as the National Wrestling Alliance – in cooperation with its great Georgia promotions – have brought back the iconic “NWA SuperBrawl” with an awesome pro wrestling card.

Scheduled to take place on Saturday – October 1st in Columbus Georgia at the Columbus Civic Center – the card is topped off by an NWA World Heavyweight Title Match as World Champion “GODZILLA” JAX DANE defends the championship and the “Ten Pounds of Gold” against the challenge of former NWA North American Champion – the dangerous “GUNNER” PHIL SHATTER.

“This most likely is JAX DANE’s most serious challenge to date,” stated NWA President Bruce Tharpe, who will be in Columbus personally on October 1st to witness this historic contest.  “In one corner you have the defending champion who stands 6-foot 6-inches and weighs over 300-pounds.  “GODZILLA” JAX DANE has been the NWA World Champion for just over a year and has literally dominated all opposition.”

“But in the other corner you have the hungry challenger “GUNNER” PHIL SHATTER who has wrestled all over the world and may have the edge in reach and experience.  GUNNER wants his chance to be at the top of the wrestling world.  We may very well see a new NWA World Heavyweight Champion crowned on October 1st in Columbus.”

In the exciting Semi-Final Event: RICK and SCOTT STEINER make their return in a special match against the IWGP Tag Champions from Japan!  The NWA Ladies World Title will be defended – as well as five more awesome matches.

The NWA is very excited about bringing back “SuperBrawl,” especially in the City of Columbus!  Wrestling fans should also check out NWAOnDemand.com for the greatest in historic NWA pro wrestling matches – with Unlimited Access at less than 30-cents a Day — JOIN TODAY at No Obligation — New Subscribers get FIRST WEEK FREE!