As seen at the end of this week’s Powerrr episode above and a clip below, NWA Heavyweight Champion Nick Aldis revealed that Bennett will be joining the NWA commentary team at the Into The Fire pay-per-view on Saturday, December 14.

Bennett will be calling the weekly NWA action with Joe Galli, replacing Jim Cornette. Cornette recently parted ways with NWA after he was accused of making a racist comment on commentary. This week’s Powerrr episode is the final episode with Cornette. The YouTube description noted the following on his departure:

“Lastly, it’s the final episode of the NWA Powerrr called by analyst and pro wrestling legend Jim Cornette. We thank Jim for his support of the National Wrestling Alliance in Season 1, and his over thirty plus years with the organization. His call of the Rock N Roll Express match is an exemplary display of his many talents, and we wish Jim nothing but the best moving forward.”

There’s no word yet on if Bennett plans to wrestle for the NWA, but it will be interesting to see. Bennett officially left WWE in May 2016 and hasn’t done much in pro wrestling since. He did debut for Lucha Underground in November 2018, and has done some acting since leaving WWE.

You can see the clips above and below.

Joining the @NWA Broadcast team starting at #IntoTheFire is… @StuBennett 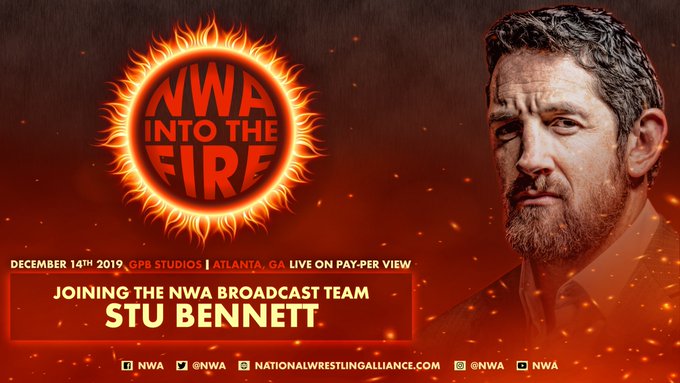