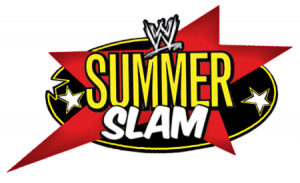 Courtesy of WWE.com.  Here are the attractions this summer in Los Angeles during SummerSlam weekend:

1. The Main Event – Live matches and Q&As featuring WWE Superstars, plus a ton of contests where you can win prizes.

2. Superstar Signings – Get an autograph with your favorite WWE Superstar or Diva at stations located throughout SummerSlam Axxess.

3. VIP Superstar Signings** – Get the full VIP experience at Axxess: exclusive ringside access at Main Event and a special autograph and professional photo with a top WWE Superstar of your choice, including John Cena, Triple H, CM Punk, Rey Mysterio and more!

4. WWE Studios Walk of Fame – NEW FOR 2012! Strike a pose on our star-studded red carpet and immortalize the moment with a photo souvenir!

6. Roaming Tattoos – The world is divided into two kinds of people; those who have tattoos and those who are afraid of people with tattoos; which one are you? Get a WWE-themed airbrush tattoo from one of the many roaming tattoo artists!

7. Rise Against Hate Climbing Wall – Show your strength and see if you can climb this 26-foot-tall wall!

13. THQ (logo) Roster Reveal – Who made the cut this year for the “WWE ’13” roster? Find out as the roster of Superstars, Divas and Legends are announced LIVE in the ring!

Attending SummerSlam Axxess? Text AXXESS to 59907 to receive the inside scoop on Superstar signing times and locations – before anyone else!