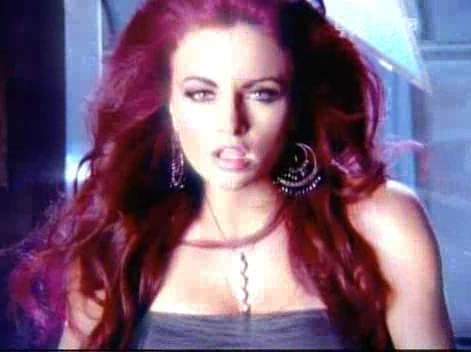 In what should be a common occurance in the pro wrestling world, this past Friday we had a group of releases with the company. I have always criticized TNA for not releasing enough people. In fact, I still feel that I could book Impact if they released about 7-8 wrestlers.

This week WWE did some releasing of their own. I wanted to take time to look at these releases and what their possible futures may hold.

The wrestling media has termed Friday “Black Friday” due to the releases that happened. However, I believe this term is a bit much. If they released John Cena, Chris Jericho, The Miz, and Christian I would say the term “Black Friday” is appropriate. However, that is not what has happened. Instead we had the releases of a referee, a woman, and two lower card wrestlers.

Paul Burchill: Burchill was the most over as his Pirate gimmick. I’m personally not shocked by this release. However, I am shocked that Paul doesn’t have a job while Katie Lea does. Katie Lea is pretty much a waste of space and I do feel they should have been released together. Of course, at one point there was a possibility of a storyline with Paul and Katie being related and them having a relationship. Obviously, the PG rating prevented that from happening if it was going to happen at all. One has to think that if that storyline did happen, if Paul would have a job with WWE right now. There is really no way to tell but it makes you wonder.
For some reason, I don’t see Paul going to TNA. If anything, I can see Paul going to Ring of Honor. I don’t have any reason to back up why I feel this way. I just think that is what is going to happen.
Maria: Thank god! That was my first thought when I heard the news of Maria being released. Personally, I’m hoping that WWE wises up and sees they have too many women and starts releasing most of them. Maria was the first step. On the other side though, Maria will be on the Apprentice and that would give WWE some extra exposure.
Maria has an upcoming music album being released. Obviously, she could get a few more deals from just being on the Apprentice. We may very well have seen the last of Maria in pro wrestling. I can’t see TNA taking her simply because she is NOT a good worker and TNA’s women’s division is more about working than looks.
Shane/Gregory Helms: Due to the situation he was in a couple of weeks ago, this should come to the surprise of no one. Helms’ most successful run was when he was the Hurricane and I don’t mean his recent run as that character. He feuded with Burchill (ironically) and eventually was off TV due to the NXT program. I don’t think he will be missed much.
I hope Helms goes to TNA! The reason is so TNA can do something that I’ve wanted to do for years. The reunion of Three Count would bring so much joy to my heart. Shannon Moore is already there and no one knows what Evan Karagias is doing. Come on TNA! Make it happen! 3 Count equals ratings!
Scott Armstrong: I think the reaction to Armstrong being released is a bit of a joke. He is a referee. Other than a ring announcer, a referee is VERY replaceable. There are so many referee on the indy scene that it probably will cost WWE less to bring someone new in than keep paying Armstrong.
Armstrong is a coin toss. I could see him refereeing in TNA as well as Ring of Honor. Obviously, the TNA contract would probably be better financially, but I could see him going both ways.
Don’t forget to check Sunset Flip Wrestling Show at sunsetflipwrestling.podomatic.com there are lots of great things that happened this week. I’m excited about seeing the end of Shawn Michaels’ career, Triple H for the first time since Wrestlemania X-8 is nowhere near the World title picture, and the upcoming Monday Night Wars. It’s a very positive show!

Have a great week everyone