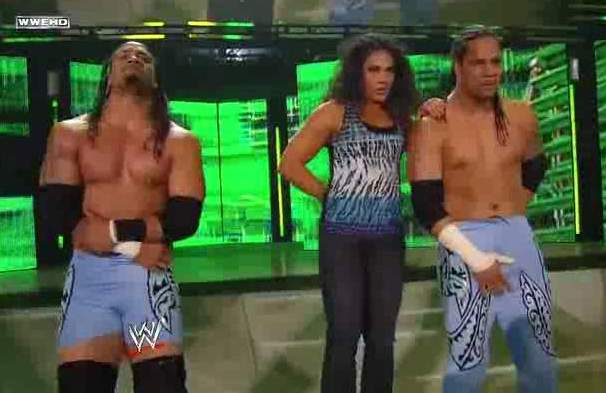 Welcome everyone. Despite what the title says, I will not be talking about WWE tag teams, or lack thereof. Instead, I will talk about people I think should be put together. Call it fantasy booking, call it rebuilding the WWE tag team division, call whatever you want.

As of this writing, the tag teams I would keep are: The Hart Dynasty, The Usos, Archer and Hawkins, and the Dudebusters. I am going to make six more teams. Let me correct myself. I am going to make four more REAL tag teams. Not teams like Chris Jericho and The Big Show or any crappy team like that.
The following tag teams I would end immediately: MVP and Mark Henry, R Truth and John Morrison, Santino Marella and Vladimir Kozlov, and any other current part-time tag team.

The second team is going to be based on a recent WWE storyline. It seems there is a good chance that we are seeing the end of the Straight Edge Society. However, from that can become a really good tag team. I would have Luke Gallows and Joey Mercury be a new tag team. Not as part of the Straight Edge Society but perhaps them rebeling over CM Punk’s action and they have a common goal. Both have been part of tag teams before so they will be used to it and I think it would be a good combination.

The third team is not a new team. I would immediately put Cryme Tyme back together. Much like Team 3D, Cryme Tyme as singles wrestlers is just not working out. However, as a tag team they were one of the most popular tag team at the time. I am not sure how I would explain it. Maybe I would not at all, much like Team 3D. It was a bad idea to begin with.
The fourth team is from Raw. I would team Primo with Santino Marella. The international superstars would team up and make a lower card tag team that could do comedy.

The fifth team is another reunited team. This particular team I feel should have had a chance to become the tag team champions and never really got a shot at them. Ezekiel Jackson, upon his return, attacks Santino Marella and just as Kozlov goes to save him….. WHAM! Kozlov beats up Santino. William Regal then enters, very happy that these two are back together, only to get a double beat down by Kozlov and Jackson. This would also lead to the reason why Santino teams with Primo.

The final team is the C&K Cooperatives. Christian teams with the winner of NXT Season 2 Kaval. I really think those two would be a great team. I don’t see Kaval winning a singles title anytime soon but this will keep him in the mix. Plus, as everyone knows, Christian is a great tag team wrestlers as seen in the past with his partner Edge.
So with all this in mind, here is what our new WWE tag team division looks like:

There you have it. WWE’s new tag team divison. Obviously, some of the names may be changed, but the ideas are still the same.

Listen to the latest show at sunsetflipwrestling.podomatic.com with lots of ROH, TNA, and WWE talk.