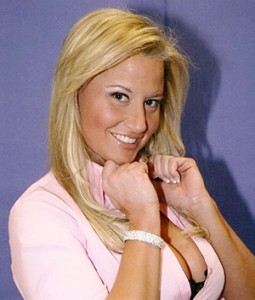 TAMMY SYTCH TO ADDRESS ALL FAN QUESTIONS ON “YOUSHOOT”
The shoot interview genre became a phenomenon because of the access fans were granted to the wild and wooly world of wrestling, from the ring, to the locker rooms, to the road.  Fans discovered that the people in the business were as interesting as the characters they were portraying on TV.  The came the “YouShoot” series, in which an unprecedented level of access was presented to fans.  Tammy Sytch has taken the “YouShoot” oath, agreed to answer it all, and becomes the latest of those lightning rods who have been guests of the uncensored series, joining the ranks of Shane Douglas, Dixie Carter, Vince Russo, Perry Saturn, Bob Holly, Chyna, and others.
Tammy Sytch and producers Kayfabe Commentaries LLC made the announcement this morning, and the floodgates are open for fan submissions.  The popular “YouShoot” series is the first and only shoot-DVD series which turns the entire interview over to the general public.  The show has become noted for its fast paced, uncensored nature, complete with games and “moments” which have become YouTube sensations.  The series has been called “wrestling’s Stern show, on speed.”
In a statement today Sean Oliver, KC president and host of “YouShoot,” says that Tammy Sytch is a cornerstone guest for the series.  “Tammy is not only a very requested guest for the series, I predict she’s going to draw the most fan response, and go on to be one of the best editions of the program,” Oliver says.  “Tammy has the requisite components necessary for being a great YouShoot guest…she’s opinionated and honest, she has had a headline-filled out of the ring life, she’s got a great sense of humor, and perhaps above all…she is incredibly knowledgable about wrestling.  Super, super smart.  This show will have it all.”
Sytch’s portion of the statement went on to say she was excited about doing the show, and to all fans: “I am ready for your YouShoot questions…but what makes you think YOU’RE ready for my answers?!  Oh what will I say, what will I say?  What the fans want…the fans will get!”
Deadline for submissions is July 15th and you can get more info at http://www.kayfabecommentaries.com/.
Related Items
← Previous Story Celebrate 10 years of John Cena on WWE.com!
Next Story → Does Mickie James belong in the Hall of Fame?