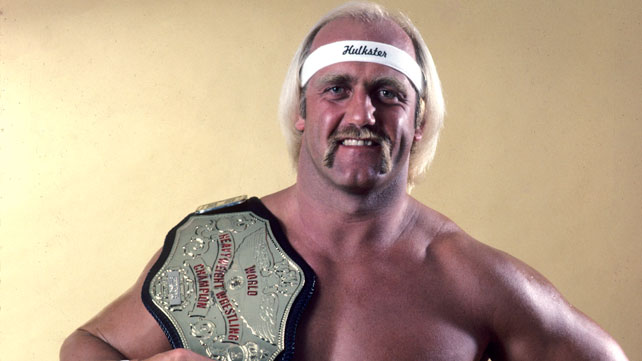 Long before there were the Bucs or Lightning or before the Rays came to St. Pete, and even before the Tampa Bay Rowdies and Tampa Bay Bandits played in the Big Sombrero, pro wrestling was king in Tampa, drawing huge, raucous crowds to the Fort Homer Hesterly Armory.

There were no luxury skyboxes, no owner’s suites, no $9 beers and $5 hot dogs and no cheerleaders to be found. In fact, there was not even any air conditioning, but crowds flocked to the place for entertaining, if not necessarily unstaged, matches. It was hot and loud in the armory and both crowd and wrestlers seemed to feed off that.

Dusty Rhodes, The Great Malenko and Jack Brisco were among the stars in the early days, their matches often shown on Championship Wrestling from Florida television shows announced by Gordon Solie. The venue was one of several in Florida and fans from all over the state would watch and cheer on heroes and villains.

Under the name Malenko’s Wrestling, Lawrence Simon, aka The Great Malenko, operated a training facility in Tampa, helping launch the careers of others. He is shown, center, with sons Jody, left, and Dean. Both sons also wrestled for a time. The Simons are among a very few Jewish pro wrestlers. Photos courtesy Jody Simon Now, Jody Simon of Tampa, the son of The Great Malenko – one of very few Jewish pro wrestlers from his era – is working with the Tampa Jewish Community Center & Federation to organize a fundraiser to commemorate the history of wrestling at the armory, which is being renovated with plans to re-open as a campus of the JCC late next year.

The fan fest will kick off a fundraising campaign to pay for a permanent display of photos and memorabilia at the new JCC celebrating Tampa’s and the armory’s wrestling history. The fest is set for June 11 in the evening, though the exact time had not yet been determined, Simon said.

Tampa Bay’s own Hulk Hogan leads the list of wrestling legends who have said they will be on hand during the fan fest. Other wrestling greats signed on include Rick Flair, Dusty Rhodes, Sammy Steamboat, Kevin Sullivan, Blackjack Mulligan, Barry Windham, Buddy Colt, Jerry Brisco and Steve Keirn.

“We will also have a match with some really good ‘old school’ guys,” Simon said, adding that the names of the contestants will be announced at a later date.

Simon said his dad’s titles were nice, but not necessarily the highlights of his career. Just being part of the wrestling world, from competitor to operating a wrestling school, were special, he said.

Lawrence Simon was always cast as a wrestling villain. When he began his career not long after World War II, Germany was still thought of as America’s enemy, so he took on the persona Otto Von Krupp (left), shaving his head and wearing a goatee. As the Cold War developed and Russia was America’s big enemy, he wrestled under the name The Great Malenko (right). Simon revisited the armory recently and said he “still got goosebumps” just being there.

While he is dedicating his fundraising and organizational efforts for the future display at the armory to the memory of his dad, he said the display is intended to commemorate all the wrestlers and fans who were part of those days.

Jack Ross, executive director of the JCC said he is proud that the son of a Jewish wrestler is organizing the event.

While Simon said there is no shortage of photos, fight programs and memorabilia available for display, Ross indicated that the size and prominence of the display will depend on the amount of funds raised.

Ross said the plan from the beginning has been to create a commemorative collage on a prominent wall at the armory to pay homage to the history of Jewish Tampa, and on another wall to do the same pertaining to the history of Tampa and the armory. A donor has already pledged $500,000 for the Tampa Jewish history display and donors are sought for $500,000 to create the wall that celebrates the history of the armory and Tampa.

The armory, located between Howard and Armenia avenues, a couple of blocks north of Kennedy Boulevard, has a storied history, opening the day after Pearl Harbor was bombed and serving as a National

Guard facility for many years.

Besides wrestling, the armory served as a concert venue for the likes of Elvis Presley and The Doors and was the place where President John F. Kennedy spoke four days before he was assassinated.

The building has sat vacant since 2004. In 2013 the JCC & Federation reached a deal for a long-term lease with option to buy and has begun renovations while preserving the historical aspects of the building. Interior demolition of the building recently was completed and the roof is now being replaced.

When the renovated facility reopens, it will include a host of facilities and programs including a preschool, aquatics center, fitness facility, event center, Young People’s Discovery Center, art center, health and wellness center, and much multipurpose space.

Plans also include facilities for hosting weddings, bar mitzvahs, performing arts presentations and recently efforts have been made to establish an innovation center for start-up businesses from Israel that want to establish a market in the United States.