Home / Miscellaneous / Taz discusses the launch of his new Dojo

Taz discusses the launch of his new Dojo 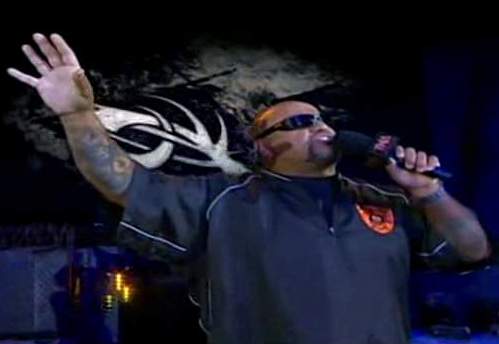 Taz Discusses The Launch Of His New Dojo (The Team Taz Finishing Camp), His Response To Those That Feel His New Venture Is Direct Competition To Florida Championship Wrestling/The WWE’s Developmental System, TNA’s Decision To Take iMPACT On The Road Beginning Next Month, The Importance of Taking The Televised TNA Product On The Road, What TNA Hoped For When Putting iMPACT On Monday Nights Last Year/What The Company Learned From The Experiment, The Professional Differences Between The WWE & TNA, What He Would Do To Differentiate TNA From The WWE Even More, Why Ring Of Honor Losing Their HDNet Television Show Is Bad For The Business, & The Real Story Behind The History-Making Night When He Captured The ECW World Heavyweight Championship From Mike Awesome While Under WWE Contract

TNA color commentator & former ECW World Champion Taz was one of the featured guests on this week’s live edition (01/17/11) of the award-winning Monday Night Mayhem. You can feel The Mayhem every Monday evening (at 7PM ET/6PM CT), exclusively on The Monday Night Mayhem Radio Network (www.MondayNightMayhem.com). Join The Mayhem right now on Facebook (at www.Facebook.com/MondayNightMayhem), and follow The Mayhem on Twitter (at www.Twitter.com/FeelTheMayhem).

Taz  joined The Big Mosh, “The Chairman of the Board” Todd Vincent, & MNM National Correspondent/former ECW referee Jim Molineaux for his exclusive interview with The Monday Night Mayhem Radio Network, which is now available in Windows Streaming Media or via the official MNM Podcast on iTunes:

The launch of his new dojo (The Team Taz Finishing Camp), what his time in the industry has taught him leading: into the launch of his newest venture, & what students can expect if trained by Taz: “The Team Taz Dojo basically encompasses everything I’ve done in my career (from ECW, to WWE, to currently TNA), because I’ve been fortunate enough to feel that I’ve learned so much about this industry about what a performer needs to do and not do in front of the curtain and behind the curtain. I’ve done a lot of the right things business wise, and I’ve done some bad things business wise, so that helps me become a better instructor to help the new generation of wrestler. The deal with my dojo is you’re dealing directly with me. This is not ‘the blind leading the blind,’ or ‘this is one of Taz’s guys…he worked out with him.’ I’m the guy that’s gonna sit there with you and break down your matches with you.”

Why he believes that TNA’s decision to take impact on the road to Fayetteville, NC for an upcoming set of television tapings next month is “well overdue” & the importance of taking the televised TNA product on the road: “I think us going to do TV on the road is something that’s well overdue. Even well before I was a member of TNA, I really think this was something that TNA should have done. It’s a lot harder to pull this off than people know. We are going to shoot TV on the road. It’s not a cheap thing, but I think Dixie (Carter) realizes that it’s something that needs to be done. They are very nice people in The iMPACT Zone, the people that come to the show, but it’s a completely different feel than when you go to a TNA live event and then you watch the audience or hear the audience on television. It’s a completely different feel. The people in The iMPACT Zone, and no knock on them, they’ve seen a lot. We put out a lot out in front of them. They get a little spoiled, and that’s only normal I think.”

What he feels are the biggest professional differences between TNA & the WWE: “It’s a different world in TNA. WWE has been around for over 50 years, so it’s like how do you prepare a company that’s been in business for 8 1/2 half years like TNA has? I knew that coming in that it was a smaller company when it comes to that, obviously since it’s a younger company. The only thing that I see that we could get better at is the amount of man power we have, and that’s just needing more bodies behind the scenes to do more things. But that comes in time.”

More is contained in Taz’s exclusive interview, including his candid thoughts & comments on the recent controversy that has stirred up online between those believing that Taz’s dojo is direct competition vs. the WWE’s forthcoming “Tough Enough” program & FCW, what TNA hoped for when putting iMPACT on Monday nights last year vs. the WWE & what the company learned from the experiment, what he would do to differentiate TNA from the WWE even more, which talents in TNA have asked him for guidance since he came into the fold, why Ring of Honor losing their HDNet television show is bad for the business, what he sees from the younger generation of wrestlers today & what they may lack, the real story behind the history-making night that took place when Taz (while performing under WWE contract) won the ECW World Heavyweight Championship from the late Mike Awesome (while performing under a WCW contract) with MNM’s very own Jim Molineaux calling it down the middle, plus so much more! Follow Taz right now on Twitter (at www.Twitter.com/OfficialTaz), and be sure to log on to www.TeamTaz13.com to find out the complete details on how you can register to be trained by “The Human Suplex Machine” at the Team Taz Finishing Camp.