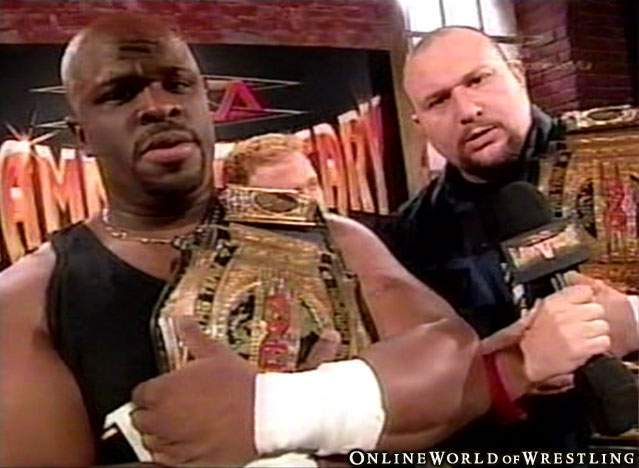 In addition to that spectacular match, Total Non-Stop Action (TNA) Wrestling Superstars, Team 3D will showcase their tag-team style. Team 3D is comprised of Brother Devon & Brother Ray and were formerly known as the Dudley Boyz when they wrestled for World Wrestling Entertainment (WWE). Collectively, the tandem are 20-time former World Tag Team Champions for the WWE, TNA ECW and other wrestling promotions throughout the word.

Team 3D’s main event match versus The Heavy Hitters (Monsta Mack & Havok) will serve as a homecoming for Devon, who played varsity football at New Rochelle High School before joining the ranks of professional wrestling.

Also appearing on Saturday, April 5 will be Romeo Roselli, who has competed previously for WWE & TNA. Currently, Roselli is recognized as the World Heavyweight Champion in Europe and is eagerly anticipating his return to the NYSWF. He also has roles in two major motion picture film releases, “College Road Trip” and “Baby Mama”, both premiering this spring.
Roselli last appeared for the NYSWF in May 2000 when he competed against King Kong Bundy. His opponent on April 5 will be former WWE tag team partner Antonio Thomas.

Former New Rochelle City Councilman and current President of New Rochelle’s Youth Tackle League, Joe Fosina has been signed to serve as the special guest referee for the ladies match pitting Daizee Haze vs. Alexa Thatcher on April 5.
Also in action on April 5: Vic D. Vine, Josh Daniels & Donnie “The Body” Johnson. Plus several surprise wrestlers along with those competing at the event will be on hand to sign autographs and meet with fans beginning at 6:00 p.m.

This wrestling spectacular is being proudly sponsored locally by LA Boxing’s locations in Mamaroneck, NY and Secaucus, NJ and is a fundraiser for Food Bank for Westchester. Thecheappop.com is the official media sponsor for the April 5 event.

Tickets are available for as low as $20 and for further information for the NYSWF Professional Wrestling is available at http://www.nyswfwrestling.com or http://www.myspace.com/nyswfwrestling or by calling (914) 235-4676.