Home / WWE / The 25 most personal grudges in history

The 25 most personal grudges in history 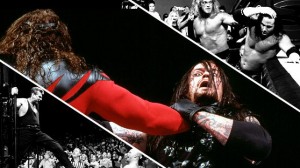 The 25 Most Personal Grudges in History

Gritty. Visceral. Personal. These words only begin to describe the 25 rivalries that follow. Sure, these grudges have given way to all-time great matches, and often, they were fought with championship gold on the line. But make no mistake about it: The five-star classics were simply a byproduct of hate. The Superstars involved in these grudges weren’t out to impress fans or upper management, and they had no interest in putting on wrestling clinics. No, they were out for retribution, and to settle unfinished business. They were out to inflict pain, to shorten careers.

The arcs of these grudges and their final chapters, if written, vary greatly. In some instances, animosity spiked, only to burn out quickly and in spectacular fashion. In other cases, the fissures ran deep and long, with tension between two Superstars bubbling beneath the surface for years on end. Sometimes, mutual respect won out. In more than one example, Superstars involved in the grudges ended up inducting their old foes in the WWE Hall of Fame, decades after the last pinfall was counted.

The catalysts behind these bad feelings also vary, though commonalities and patterns can be detected. Oftentimes, an injurious assault was what planted the seed of contempt. Jealousy and failed friendships, whether between tag team partners or teachers and students, were also often the foundation for memorable grudges. Several of the rivalries examined here were escalated once family members or Superstars’ significant others got involved.