Home / Behind the Scenes / The Armpit Wrestling Quiz: Week of September 5, 2016 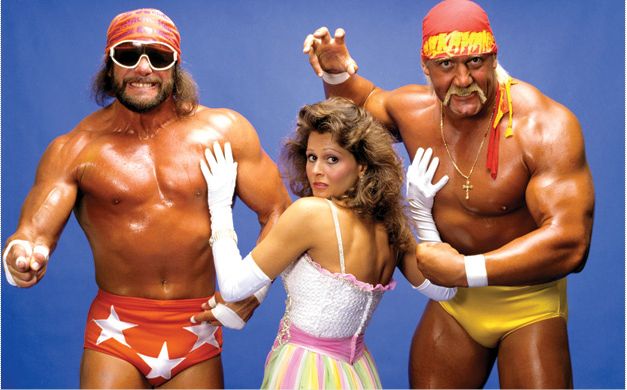 Welcome to The Armpit wrestling quiz for the week of September 5, 2016.

Congratulations to Kevin Owens on his WWE Universal Title win.  Unfortunately it was tainted by HHH’s involvement, but let’s hope the storyline plays out in a way that benefits all parties.  While Owens wasn’t put over clean, I do think he’ll carry himself well as a world champ because he’s dreamed of this his whole life.

On that note, this week’s quiz is called “Famous Outside Interferences.”  This week will focus on the ‘80s, and next week we’ll do the ‘90s.

Congratulations to last week’s winner: Richard Welsh from Peterborough, Ontario, Canada (hometown of Bobby Roode) for the GLORIOUS victory!  You can follow Richard on Facebook and Twitter at @richardleaf20.

-Shane Douglas was the first Extreme Championship Wrestling champion.  Douglas came into his own that year on the mic, showing such poise and conviction that he even got ECW fans to chant “Flair is dead!” When Paul Heyman was asked about those chants in an interview, he said, “(Our fans) are pissed at him.  They see him as Hulk Hogan’s job boy.”

-“Nature Boy” Buddy Rogers was the first WWWF champion, and a couple weeks later lost it to Bruno Sammartino in very quick fashion.  Speaking of Rogers, there’s a great feel-good story involving him in The Armpit’s “Backstage Fights” section that took place long after he was retired, and it will make you smile with pride as a wrestling fan.

-The new title that Chris Jericho won in 2001 (only to keep it warm for HHH at WM18) was called the WWF Undisputed Championship.  It’s something he still boasts about in promos today.

-The brand new WWE World Heavyweight Championship was awarded to HHH in 2002… with no match.  It was just handed to him.  And in 2016, even though Owens won the Universal Title, it was HHH who laid out both guys for him.  Some things never change.

-WCW renamed the NWA title to the WCW International Title.  Pro wrestling historically comes up with the stupidest ideas when promoters lose lawsuits.