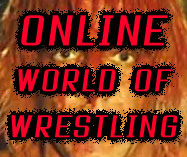 This is it. This could very well be the final column that I write for Online World of Wrestling. It’s been a great ride and big thanks to Brad and the rest of the crew here at OWW.

It’s the end of the year and the new episode of the Sunset Flip Wrestling Show has aired. The final episode of 2010. We look forward to January 23rd 6pm EST for the 2010 pro wrestling awards. Thinking back to 2010, all I can think of is disappointment from both WWE and TNA. Here are a few things I hope to see happen in the world of pro wrestling.

My first wish: Better booking from both companies

I make it no secret that I cut TNA wrestling slack for this department, unlike most people. WWE has 5-6 hours of TV time for all their talent. TNA wrestling has only two hours for all their talent and their roster almost the same amount of people. This mean it is IMPOSSIBLE to book a show that features all your talent without having multiple tag team matches, run ins, and short matches. I do realize that this problem is a problem TNA wrestling management has created themselves.

As far as WWE goes, their booking has just been terrible and really for no reason. Yes, we had a rise in new stars, simply because everyone else was leaving or injured. I assure you, if everyone stayed and was in good health, there would be no new stars made in 2010. We saw a great start with a storyline called the Nexus invasion, which had a horrible follow up the next week. Then you have the terrible comedy such as Santino Marella segments. There is so much bad going on there, which is why WWE is probably my least favorite wrestling promotion right now.
My second wish: Remembering how great Jack Swagger is

Among the pushes this year, and one of the only highlights for WWE as a whole, Jack Swagger became World Heavyweight champion. He was great, yet he was given garbage (shock). But through all of that, Jack Swagger has remained consistent in entertainment. I hope WWE remembers that it was shortly after he won the title, that SyFy wanted Smackdown.
My third wish: TNA Made Stars

One of the biggest problems TNA has is making stars. TNA has AJ Styles and Samoa Joe has been booked terribly. However, I think they are going on the right path with Doug Williams and The Motor City Machinguns. They are not “former WWE stars”, they are TNA wrestlers. I thought they were doing a good job with Robbie E, but unfortunately that did turn out like I thought. People can complain that “Jersey short gimmick sucks”, yada yada yada. But at the end of the day, Robbie E was not a former WWE star, a solid wrestler, and had a unique look.
My fourth wish: TNA shows outside Impact Zone

This year, I think we only had 2 shows held outside the Impact Zone. That is pathetic. Even the year before TNA ran Vegas (I think) where the Main Event Mafia was formed. There was no reason whatsoever to have Slammiversary in the Impact Zone. Personally, I’m surprised they haven’t tried to run a PPV in NYC. More specifically, Hammerstein Ballroom.

Let’s do the math. There are 52 weeks in a year, plus 12 PPVs. This means that TNA has a potential of running a LIVE show or taped show in front of a TV audience 64 times throughout the year. Remember, I said they only did 2 this year. In my opinion, they should do five PPVs (Bound For Glory, Slammiversary, Lockdown, Genesis, and one other PPV) and do five Impacts from somewhere else. Is that asking too much? I don’t believe it is.
My fifth wish: WWE gets edgier

This does not mean that we have bra and panties matches and have cursing all the time. As much as I would love that, it will not happen in 2011. But you can be edgier, or at least more interesting. Nexus was not edgy after week 1. While I didn’t agree with Eric Bischoff that “watching paint dry” was better than Nexus, I do agree with Bischoff when he said Nexus was boring.

With that said, I want to thank everyone that had a chance to read the columns and listen to the latest show at sunsetflipwrestling.podomatic.com with the awards show January 23rd 6pm EST on Dekadance Radio (www.dekadance-radio.com)