Home / Behind the Scenes / The Forgotten Heroes of Midget Wrestling

The Forgotten Heroes of Midget Wrestling 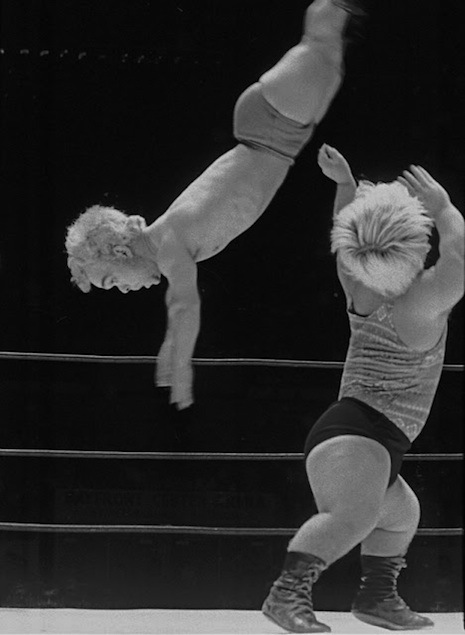 These are the men who became heroes of the ring as Midget Wrestlers during the 1960s and 1970s. Out of traveling carnivals, circus acts and sheer ambition, these wrestlers started a sport that was followed by hundreds of thousands across America, Canada and England.

The best wrestlers (Sky Low Low, Little Beaver, Lord Littlebrook, Little Tokyo) mixed great physical prowess with acrobatic skills to give their fans edge-of-the-seat thrills and entertainment, with just a hint of comedy. Wrestlers fell in two categories—the goodies and the baddies, who would either seek the cheers or loud disapprobation of the audience by skill or pantomime cheating.

Sadly, many of the biographies and details of these wrestling heroes (and villains) have either been lost or passively excised due to political correctness—which is a shame, for these men (and and a few women) were athletes and acrobats who excelled at the sport.

Thankfully, during a golden age of wrestling, photographer David Maciejewski documented the legends of the ring from 1966 to 1974—from which some these pictures have been culled. More of Maciejewski’s superb photography can be seen (and purchased) here.