Home / Indies / The future of CHIKARA after this past weekend’s iPPV?

The future of CHIKARA after this past weekend’s iPPV? 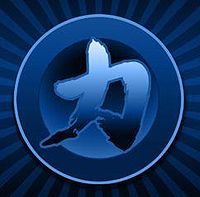 At the end of yesterday’s CHIKARA Never Compromise iPPV in Philadelphia, the main event Grand Championship match between Eddie Kingston & Icarus ended in a no contest when Condor Security & Director of Fun Wink Vavessur abruptly ended the show. They got Kingston, Icarus & referee Bryce Remsburg out of the ring, tore down the CHIKARA set and kicked out the live crowd as the iPPV feed on Smart Mark Video abruptly ended, Sopranos-style.

Mike Johnson is reporting that CHIKARA has canceled all future shows in 2013 and has ran its last show for quite some time. It is unknown whether this is CHIKARA’s last show or just part of some intricate angle, which given the history of CHIKARA, could be the latter. CHIKARA’s sister promotions under the “Wrestling Is……” banner will still be running shows in the foreseeable future. It is said that small groups of the roster were spoken to during the show about what was to go on and they were also asked to sign non-disclosure agreements before the event took place. It is also said that a number of CHIKARA wrestlers have started calling up independent promotions to look for bookings for dates that were originally scheduled to be for CHIKARA.

After the show ended abruptly, there was said to be 2 incidents involving fans who were upset about the end of the show. One fan shoulderblocked the front glass door of the Trocadero Theatre where the show was held, breaking the glass on the door, while another refused to leave until he got a refund and finally left after the Trocadero Theatre management threatened to call the police on the fan. The fan incidents were said to be described as “the worst stereotypical wrestling fan tantrum you could imagine”.