Home / Behind the Scenes / The Rock hosting this week’s SNL

The Rock hosting this week’s SNL 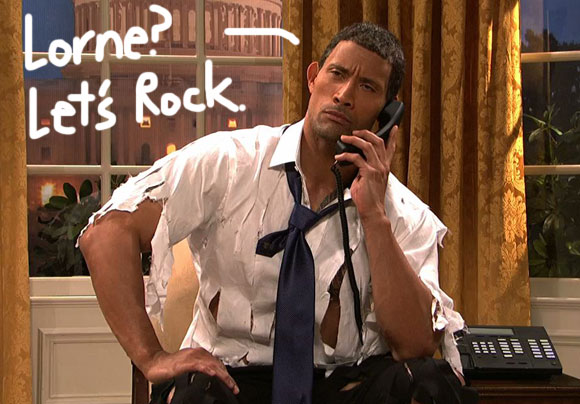 Dwayne Johnson is coming back to Saturday Night Live!  Our only question is, what’s taken so long? The San Andreas star hasn’t hosted since 2009!!

Seriously, he’s hilarious! He should totally be part of the Five-Timers Club by now!

But as it stands, this will only mark Dwayne’s fourth appearance.

George Ezra will be the musical guest for the March 28 episode, just in time for the April 3rd release of Furious 7.