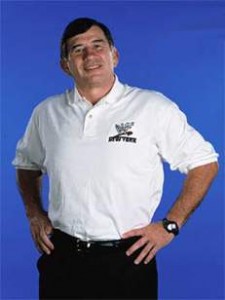 theScore’s Arda Ocal (@arda_ocal) recently had the chance to speak with WWE Hall of Famer and current WWE Scout, Gerald Brisco, who is currently in London scouting for WWE at the Olympic games.

On the two phases of his career; as a wrestler and as Vince’s ‘stooge’

“I used to kid Pat [Patterson] all the time, “You and I have worked for over twenty years to build a reputation that we were great wrestlers, great guys in the ring; we could do anything they asked us to do in the ring and we accomplished that. We were both on a level where I felt like we were at the top of our profession in the ring. Then a few years later you know, we were tied together as Vince McMahon’s corporate ‘stooges’. I think that’s going to last longer than anything else, I think its kind of humorous. We went the entire circle. Two of the most respected guys in the business to being sort of a comic duo, and we became two of the most popular characters in the ‘Attitude’ era of WWE.

Advice he would give to aspiring WWE Superstars.

The process of scouting Olympic amatuer wrestlers and other Olympic hopefules as potential future WWE Superstars.

How the scouting process works.

What he looks for in a potential Superstar