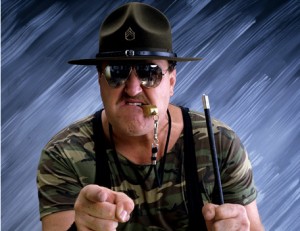 In an interview with The Score’s Arda Ocal (@arda_ocal) WWE legend and current official WWE ambassador Sergeant Slaughter reveals that he was originally talked about to play a part in the newest GI Joe movie, alongside Dwayne “The Rock” Johnson. In the interview, Slaughter divulges that the character played by Bruce Willis was originally going to be Sgt. Slaughter, with him as the leading candidate to play the role. Slaughter was featured in an animated GI Joe movie in the 1980s.

Other topics discussed in the interview include how close he was to not portraying an Iraqi Sympathizer in the WWE, the iconic promo where he burns Hulk Hogan‘s shirt and how the original idea was to burn the American flag and Slaughter’s reaction, and more.