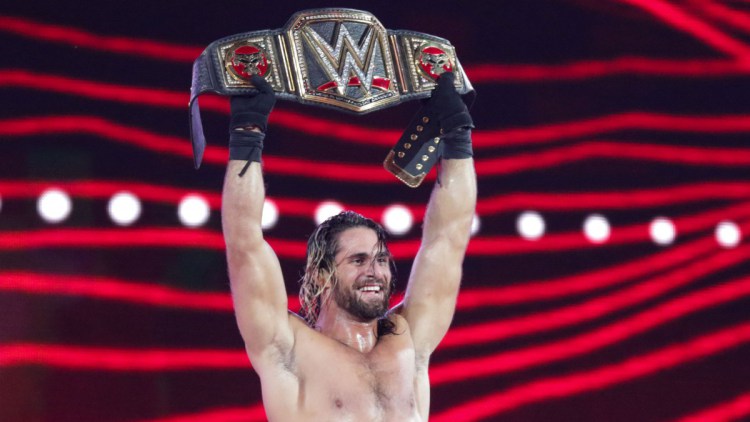 Extreme Rules is in the past, and if there’s one thing we learned from that show, it’s that the new WWE season is definitively here — the big match hype of WrestleMania is almost completely gone and the Rollins Era is in full effect. Since so much of the modern era in WWE has been a Cena-centric monotony — with occasional appearances by legends like the Rock and the odd oasis provided by a CM Punk or Daniel Bryan — the Rollins Era is fairly reassuring. With the exception of a few old standbys like Kane and Randy Orton, the spotlight is largely occupied by promising future stars and (relative) newcomers. This group is headlined by WWE champ Seth Rollins, of course, but also includes some instant institutions like Bray Wyatt, Rusev, Roman Reigns, and even Neville.

Last year at this time, we could see the potential for this coming to pass, so I ranked all the young, NXT-produced talents in my first Pro Wrestling Draft Board.  Nonetheless, it’s pretty surprising to see how far so many of the performers on that list have come: Rollins is the no. 1 guy, Reigns is who WWE wanted to be the no. 1 guy (not entirely a knock), and others — Paige, Rusev, Harper, Big E, Wade Barrett — have all held championships in the past 12 months, which isn’t nothing, even in a fake sport. Extreme Rules was a fun if unspectacular show, but even if you give it a low grade, the future is truly bright.

Since it’s NFL draft time again, it’s time for the second-annual Pro Wrestling Draft Board. Since so much of the future of WWE is already on Raw every week, we’re opening up the draft process to every wrestler under WWE contract, and we’re grading on more than potential. This is a comprehensive evaluation of what these guys are worth right now. If I were starting a WWE franchise — or another promotion — today, this is how I’d draft. Without further ado, here’s your top 20.

He’s indisputably the top guy in the business, and he’s earned every bit of his success. When he was chosen to split off from the Shield and join the Authority, it felt like WWE was giving him a crutch to compensate for having less wild-eyed charisma and a less steely presence than his cohorts Dean Ambrose and Reigns. A year ago, putting the belt on him would have seemed like a gimmick, but when he stole the championship at WrestleMania, it felt like exactly the right move. He’s the future and nobody’s complaining about it, which says a lot considering the state of Internet commentary. I long ago called him a five-tool guy, but even on the Bret Hart Scale — Look, Mic Skills, Wrestling Ability — he’s about as high as a wrestler can get this side of peak Ric Flair. And let’s add one more attribute to the mix: Intangibles. It’s draft time, after all. Look–Mic Skills–Wrestling Ability–Intangibles — let’s call it the Hart-Plus Scale: 9-8-10-9. (Total score: 36)