Home / Columns / The SuperPlex Heard Round the World

The SuperPlex Heard Round the World 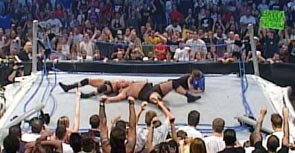 This past week on SmackDown!, the show concluded with an amazing spectacle that caught the entire audience off guard and ignited (what I like to call) an “ECW reaction” from a crowd of over 10,000 fans! This was completely uncharacteristic of the WWE! Did they hire a new guy? The strange thing about it is that nobody was really put over by doing this; We know Brock is a powerhouse, we know Big Show is overweight, it was strictly for the fans, and that’s how it should be!

For those of you wondering, yes, this stunt was planned in advance, and was performed to perfection by everyone involved. Brock delivered the move picture-perfect, Big Show landed the way he should have, the referee sold it like he was SHOT in the kneecaps, the announcers had heart attacks (Tazz even swore!), and the fans, well they erupted! 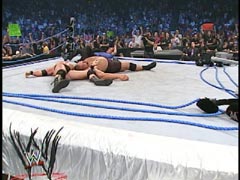 I am usually very anti-Big Show but I have to give him credit for taking this bump. He was probably pressured into it by WWE brass, and if he ended up with a broken back or neck it probably would have gotten very messy, but thankfully, he did a great job. 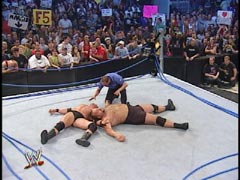 In an industry where long-time fans rarely see something “new” or “innovative”, this was a refreshing unexpected occurrence.. But for all you wrestlemaniacs out there who think this trend will continue in McMahanland, don’t hold your breath.. Whoever came up with that idea in the writing team probably got it from eavesdropping on a couple of hillbilly fans at a house show or something..

Regardless, I have personally taken a “take what I can get” attitude with the current WWE product and I completely marked out for this special moment in WWE history!

For anybody who thinks this is the first time this has happened, it’s not, look at this old photo of Pedro Morales & Gorilla Monsoon during a match in Canada against the Canadian Wildman & Bulldog Brower.. 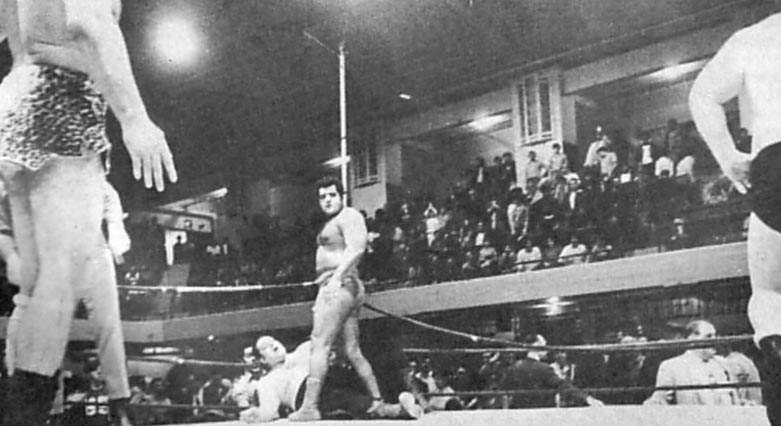