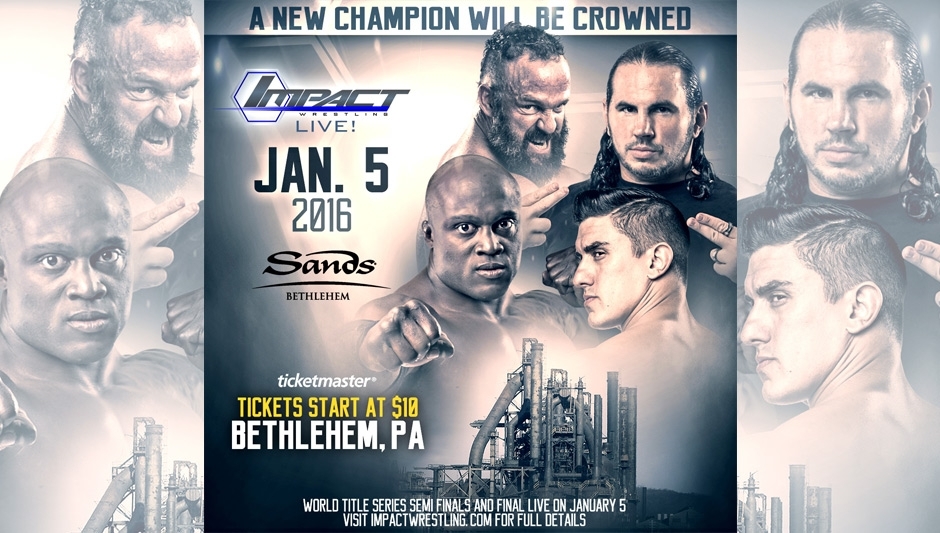 And then there were four. These four men stand on the brink of destiny. Each one has what it takes to win the TNA World Championship. Each has held the title previously. But, only one will conquere the entire World Title Series and become the new undisputed World Champion. Lashley, Eric Young, Matt Hardy and EC3 have proven themselves thus far. Watch them fight it out in the Semi-finals and Final airing January 5 at 9p.m. ET/PT on Pop.