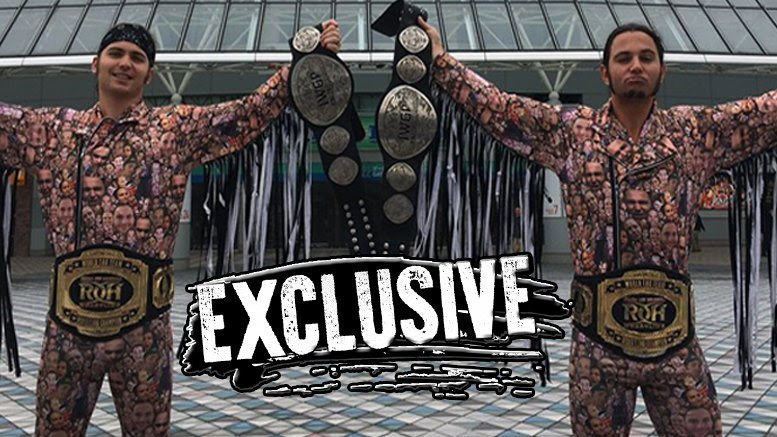 Pro Wrestling Sheet has learned The Young Bucks have been offered new Ring of Honor contracts … and this time, the company wants to lock them down for a few years.

Sources close to the situation tell us Matt Jackson and Nick Jackson were recently presented with awesome new contracts to stay with ROH and they’re currently mulling it over.

As we previously reported … the brothers signed a deal with the company last year that also allowed them to work for NJPW, PWG and overseas companies that didn’t interfere with ROH.

It’s expected that the Jacksons will make a formal announcement in the near future, but we’re told they do have other offers on the table right now. Their current deals expire December 31st.