Home / Miscellaneous / This week in 1975 – the Washington Redskins almost sign Andre the Giant!

This week in 1975 – the Washington Redskins almost sign Andre the Giant! 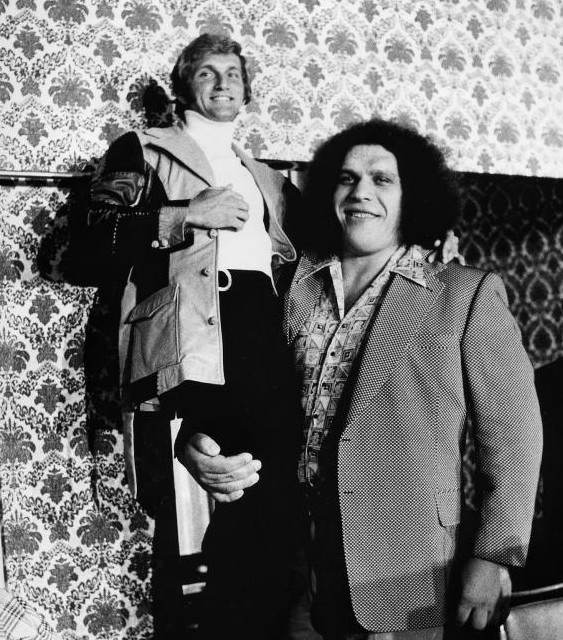 A fun news story to look back on now 37 years later.   Noted Washington Redskins historian Mike Richman reports that on July 8, 1975 a giant appeared at a Redskins-arranged news conference at Duke Zeibert’s restaurant in D.C.

And Temerario thought 7-foot-5, 445-pound pro wrestler Andre the Giant, a man known as the “8th wonder of the world,” could fit the bill.

But the French wrestler, who was accompanied at the press conference by his agent, future pro wrestling magnate Vince McMahon, bolted town that evening for a match at Madison Square Garden in New York.

By all accounts, he never tried out for the Redskins and never signed a contract.