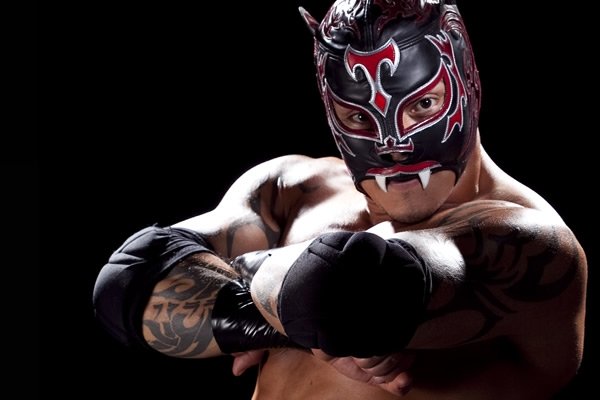 Here is a recap of the action:

Low Ki slaps Grado and whip to Tigre, kicks him to the floor and Grado slams the elbow, ducks another shot but Ki battles back. Grado sent down as Tigre with the hurricanrana and Grado on the attack! Grado talking with Uno who tries a bodyslam but no, Grado picks and slams Tigre! The pickup, the whip, baseball slide and Uno delivers a dropkick. He misses the splash and Grado snaps and sentons him, and the straps are down. Grado to the outside, goes up to the high rent district gradually and Low Ki takes the time to toss him off. Climbs up himself, and delivers the Warrior’s Way on Grado! Ki defeats him and this match goes to Tigre Uno and Low Ki!

Low Ki with the whip, Uno hits a bodyscissors and rollup does not get three. Low Ki takes another two count and Tigre slaps him in the corner. Whip across the ring and Ki misses a charge but counters a leap with a faceplant. Low Ki with the front pickup and gourdbuster! Cover gets a two count only, as Low Ki sizing the man up and lets the kick fly into the chest. Low Ki goes up top and on the buckles no Tigre hits the ropes to crotch. Tigre Uno goes to the second and Low Ki elbows him down. Uno off the ropes springboards to Ki and flying Frankensteiner off the top for a two count. Corkscrew off the springboard gets a two count Uno avoids the dropkick! Off the top rope with the Red Arrow for the victory.