Home / Indies / Time to Check Out Warriors of Wrestling

Time to Check Out Warriors of Wrestling 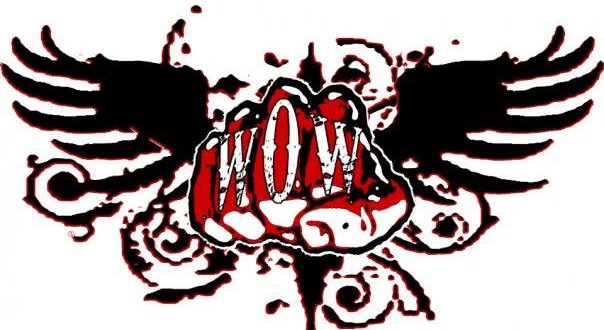 Time to Check Out Warriors of Wrestling

It has been a fun journey covering local independent wrestling this past year. I’ve always endorsed the Northeastern U.S. and more specifically, NYC, as being a place that offers so many great options for pro wrestling enthusiasts. Wrestling shows at MSG are special but the charm and personal touch of a small independent show is hard to replicate. Broadening my experience with the local indy scene, I had the good fortune to attend the Warriors of Wrestling shows on October 14th in Brooklyn and the 15th in Staten Island. Both shows featured a blend of local talent with notable nostalgia acts keeping a fun balance of in-ring action and family entertainment. As a grown man, I gotta say it was pretty cool.

First, a little history about Warriors of Wrestling. This company has been running for 9 years and is owned by Joe Bellini who also performs as the wrestler, Joey B. The company is based in Staten Island although they occasionally run shows in other areas as well, most typically in Brooklyn. Warriors of Wrestling also has a training center in Staten Island that runs on Tuesday, Wednesday and Thursday from 5-9pm. Jake Gomez, who wrestles as Logan Black, is the head trainer at the school that trains many of the company’s star performers.

I’d also like to take a moment and express my gratitude to the people I have met over the past year in the crazy world of professional wrestling. The companies and performers have been open and inviting to a journalist like me that typically covers baseball and “mainstream” sports. Okay, tangent over, back to the review.

As I enjoyed myself at both shows, I couldn’t help but compare my experience to some of the other local shows that I have attended. I was thrilled that both nights started right on time. (Yes, I am becoming an old man. No, I don’t like it when shows start late. I have an early bed time.) Also, the shows felt very comprehensive to me in all the necessary ways. There was a good balance before and after intermission and a solid pacing of the overall card. Familiar faces of name talent helped create an immersive feeling for the family crowd with kids recognizing former WWE stars and being wowed seeing them “in real life.” The crowds were enthusiastic, especially in Staten Island, where they seemed very in-tune and responsive to the product. It appeared that the fans went home happy and satisfied on both nights.

Here are my thoughts and observations from my experience attending Warriors of Wrestling.

When it is all said and done, I had a blast watching this company. Good booking and solid performances make for memorable experiences when it comes to pro rasslin’. I would recommend Warriors of Wrestling to anyone that is interested in attending a show and all ages are recommended. To learn more about upcoming shows, DVDs and their training center, please visit www.warriorsofwrestling.com.