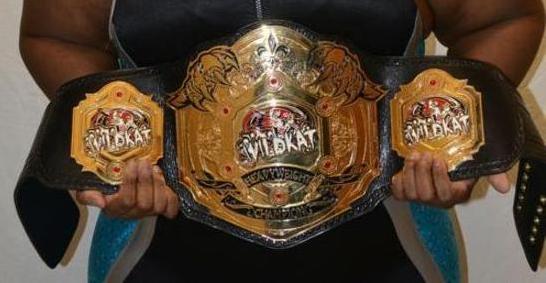 On August 6th in Houston, TX Wildkat Heavyweight Champion and wrestling superstar Stevie Ray had his truck broken into. The thieves smashed out the window of his Cadillac Escolade in an attempt to steal his radio. They weren’t successful but what they did steal was the Wildkat Heavyweight Championship which was on the backseat along with his gym bag.
Wildkat issued this statement and photo of the title:

Stevie had just finished doing a local interview and stopped at a restaurant/bar in his way home for food. The incident happened while he was inside. We are asking for help to recover this belt.
If anyone has any leads or finds the belt on sale at any point PLEASE contact [email protected] ASAP. As you all know, Wrestling Championship belts are not cheap and we are asking the wrestling community to please keep an eye and ear out so we can catch whoever is responsible for this. We appreciate all help.
An image of the belt can be seen below
Thank you,
Wildkat Sports and Entertainment