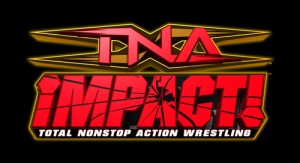 The following press release was sent out.

MDI Entertainment, LLC, a subsidiary of Scientific Games Corporation, has signed an agreement with TNA Entertainment, LLC, dba IMPACT WRESTLING, to offer lotteries branded instant games featuring some of the biggest names and most recognizable imagery in professional wrestling today.

The agreement makes the names and likenesses of more than a dozen wrestling superstars, as well as the logos, marks and artwork of IMPACT WRESTLING, available to lotteries worldwide.

Stars like Hulk Hogan, Kurt Angle, Sting, Jeff Hardy, Matt Morgan and Bobby Roode are included, and can be used on instant tickets and promotional materials, as well as in television and radio commercials. They also are available for personal appearances and public service announcements to promote the good causes lottery games support.

“We are extremely pleased to have secured this license, and to be able to give lotteries so many noteworthy options to promote games associated with it,” said Steve Saferin, President, Properties Group and Chief Creative Officer for Scientific Games.

“In addition to providing the biggest names in wrestling today, IMPACT WRESTLING is offering extraordinary marketing support and incredible prize opportunities. This gives lotteries a chance to reach and inspire wrestling fans – including the often elusive 18-34 age group – in very powerful ways.”

IMPACT WRESTLING President Dixie Carter stated, “Working with MDI provides a new marketing platform for IMPACT WRESTLING to connect with our fans through the state lottery programs. Our fans avidly invest in our superstars as they appear on SPIKE TV every Thursday and travel the country on the IMPACT WRESTLING LIVE WORLD TOUR.”

IMPACT WRESTLING will work with MDI and lotteries to create 2nd Chance prizes that can include merchandise and trips where winners will be treated to a live taping of the IMPACT WRESTLING television show, a backstage tour and a chance to meet wrestling talent. “IMPACT WRESTLING” is a weekly, two-hour show appearing during prime time on SPIKE TV.

A “Contract-for-a-Day” prize also can be created, in which the winner will be given the trip, plus an on-camera cameo role to be included in an IMPACT WRESTLING pay-per-view live show.