By OWW Contributor on September 30, 2014@owwcom 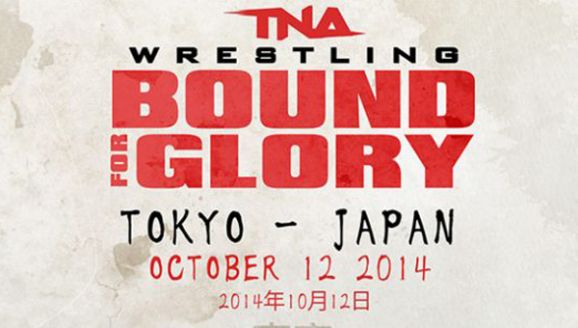 NASHVILLE, Tenn. (Sept. 29, 2014) —  TNA Wrestling, in conjunction with  Japanese-based promotion Wrestle-1, will produce and broadcast its biggest event of the year, Bound For Glory, outside of the United States. Emanating from the famed Korakuen Hall in Tokyo, Japan, Bound For Glory will be available exclusively on Pay-Per-View (PPV) Sunday, Oct. 12, beginning at 8 p.m. ET / 5 p.m. PT.

“Taking Bound For Glory, our company’s tent pole event, outside of the United States for the first time is the culmination of years of strategically introducing and growing the TNA brand and affiliated properties internationally,” said TNA President Dixie Carter. “TNA has cultivated an incredible relationship with Wrestle-1, and we are proud to join forces in bringing wrestling fans what will be a historic and memorable evening of professional wrestling broadcast from one of the most legendary fighting venues in all the world.”

At Bound For Glory, arguably the most-recognized Japanese athlete in all of professional sports, The Great Muta, will join forces with “The Japanese Buzzsaw” Tajiri to face Muta’s former student, the “reborn” Great Sanada, who will be teamed with his new mentor and leader of the revolution, James Storm in a much anticipated grudge match.

The newest members of the TNA Hall of Fame, Team 3D – Bully Ray and Devon, will be inducted into the exclusive club at Bound For Glory. Bully and Devon will also be in action as Team 3D for the first time faces fellow hardcore legends, The Monster Abyss and Tommy Dreamer.

Bound For Glory will feature unique, one-time-only inter-promotional matches between TNA and Wrestle-1 Superstars including:

The charismatic and devious MVP vs the global phenomenon Kazma Sakamoto

In addition the card for Bound For Glory will include a Knockouts battle between the destructive Havok and 2-time Knockouts Champion and 2015 TNA calendar cover-girl Velvet Sky.

“I can confidently say this will be the most intriguing and captivating three hours of professional wrestling action all year,” said John Gaburick, TNA’s executive vice-president, talent relations and creative. “With an incredible card pitting the best professional wrestling athletes against one another in never-before-seen matches, Bound For Glory will once again set the standard for the best wresting in the world.”