TNA: The Turning of Jeff Hardy 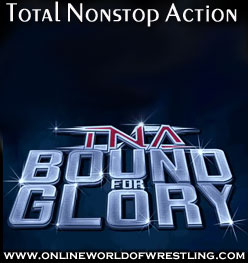 Michael Barton Talks About…
“The Turning of Jeff Hardy“

With Bound For Glory in the rearview mirror, TNA has some interesting storylines that should be (and need to be) addressed on Impact this Thursday.  The most significant one, of course, is the heel turn of Jeff Hardy during the main event championship match at BFG.  While this turn was certainly surprising, I think – once again – TNA had made a major mistake.  Please give me a few moments of your time to explain why I stand where I do in regards to this matter.

The most common comparison in regards to this turn by Hardy has been with Hulk Hogan, who shockingly turned at WCW’s Bash at the Beach show in July of 1996.  There are major differences, however, between Hogan and Hardy.

For starters, Hogan, once beloved by almost every fan watching, had been losing his popularity for years by this point.  The earliest reference that can be found is from WWF’s 1992 Royal Rumble.  WWF (now WWE) went so far as to change the audio of the tape to make it appear as if Sid Justice was getting booed and Hogan cheered.  It was actually the total opposite, as Hogan was getting booed throughout the arena.  And the Hulk Hogan who built the WWF was now in WCW, and he never reached the popularity levels he had during his run in the 1980’s.  So, there was a very good reason to turn Hulk Hogan when WCW did.  Even Hogan has stated that the turn needed to be done, as his character was stale by this time in the business, and Hogan, forever the opportunist, needed this change to be fresh and relevant again.  And although he was still somewhat popular, this was a change that no one ever expected to happen, and it was a complete and total surprise to everyone who watched it.  Simply, Hogan joining the NWO, at the time, was something that had the entire professional wrestling world buzzing with talk.  That is why this is a bad comparison, because Hardy was still very popular with the audience, and the turn was not done with any purpose other than to try and recreate the buzz that occurred in 1996.  There was some buzz about this turn, but nothing anywhere near the level of Hogan’s in 1996.

There are other problems I see with this turn.  For one, it does not make any sense whatsoever for the sake of business.  For all of TNA’s issues, (and there are many) house shows have gotten a (mostly) good reaction from those who attend them.  In regards to business on the road, it has been Jeff Hardy who has brought the most fans in.  He has sold more merchandise than anyone whenever he appears on a house show.  He puts more fans in those seats than any other person on the roster.  He was the baby face moneymaker for the promotion.  There are many who would attend a show specifically to see Jeff Hardy.  He has that special “it” factor with the fans, something that does not come along very often.  In turning him, there may be a significant backlash long term, even though it will most likely help ratings slightly increase short term.  But is a slight ratings increase worth losing money over the long haul?  The answer, in any business, is no.  In this case, with TNA struggling financially, it makes no sense whatsoever to do this.  The correct answer was to turn Rob Van Dam, who has a fan base like Hardy, but his fan base doesn’t translate to a positive financial correlation like Hardy does.

The other issue is not just related to Hardy, but to everyone in charge of making the behind the scenes decisions.  Bound for Glory was a show that had a very long term build.  Most of the things the company was doing prior to the show were related to the payoff this show was supposed to deliver.  For all of the talk (mostly from himself) about Eric Bischoff being great for TNA, this is the best thing all of these supposed creative people could come up with?  In reality, they came up with nothing, and have just taken one more angle from WCW and copied it, although the results will not be the same.  Never mind the fact that this mat be the oddest grouping of people I have ever seen.  “They” consist of Bischoff, Hogan, Jeff Jarrett, Abyss and Jeff Hardy.  It appears as if they just flipped coins to see who was in and who was out.  There is a very big chance that this group goes nowhere.  How does anyone get behind this, or emotionally involved in this case?  Hogan turning heel was not a shock this time.  Bischoff is actually better as a heel, but this is such a ragtag, random grouping of people, that I can see it being dissolved within a year at most myself.

The payoff from all the build up for this show is just another case of TNA trying to recreate magic that has long since lost its power.  For all of the talent this company has, they constantly do things for the sake of shock value, and shock value loses steam each time.  They are a company that, instead of trying to do new things, copy ideas from the recent past, and it never works as well the second, third or even fourth time as well as it works the first.  There is talent en masse in this company, and the turning of Jeff Hardy is just another case of the leaders doing something that will most likely be seen as just another bad decision.  The bad decisions are piling up rapidly in TNA, and each one is almost like another nail in the proverbial coffin.  They certainly need a change, but it’s not a change on television that’s needed first.  It’s a change in the decision makers of this company, possibly even including Dixie Carter.  I find it sad that every wrestling fan can see all the mistakes they are making, but the supposed intelligent people behind the scenes cannot.  Thanks for reading, and please feel free to email me your thoughts, as I enjoy reading different viewpoints, and sometimes, I even use them in future articles!  Take care everyone, and until next week….

There are more, but these should suffice!