Tommy Dreamer ‘shoots’ on Dixie Carter at House of Hardcore 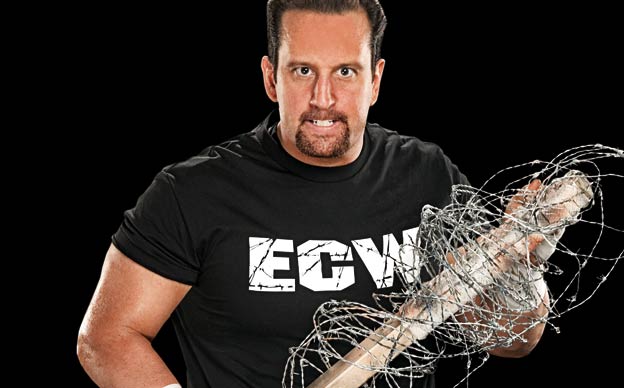 Current TNA agent Tommy Dreamer blasted TNA President Dixie Carter during an in-ring segment during his House of Hardcore IV event in Poughkeepsie, New York after Bully Ray was pulled from the show.

The segment began with Dreamer coming to the ring with Abyss and Devon. Dreamer announced that a nationally syndicated TV show would be filming tonight and for legal reasons, he can’t say what it is but when it happens, we will know and react to it. Dreamer said his promotion is taking small steps like what happened last time and the coverage that Bully previously Ray brought them. He said this is another step like that.

Dreamer then said that with good news, there is bad news and said someone is missing from the ring. At that point someone yelled, “f*** you Dixie”.

Dreamer was called at 11:30pm on Thursday night and informed that Bully Ray was pulled by Dixie so he could addend some sort of Spike TV show. Dreamer called Dixie a mark for Twitter and told fans to feel free to tweet her and let her know how they feel. A “that b****” chant broke out next.

Dreamer said that Bully wanted him to pass on an offer for the fans. If any fans are attending upcoming TNA events in Pennsylvania or New York, they can bring their HOH ticket stub and Bully will meet them for a photo and autograph. Bully said that’s not for TNA, it’s for the HOH fans.

Dreamer went on to say that he promises to get Dixie back for having Bully pulled from the show. Dreamer said he’s tired of people like Dixie abusing people like him and the fans.

This then turned into an angle where Abyss attacked Dreamer and Devon. Abyss talked about how Dixie had kept him employed all these years. Abyss went heel on the fans and continued the attack, defending TNA. Rhino ended up coming out but turned and took out Dreamer, leading to a new main event of Dreamer and Devon vs. Abyss and Rhino.