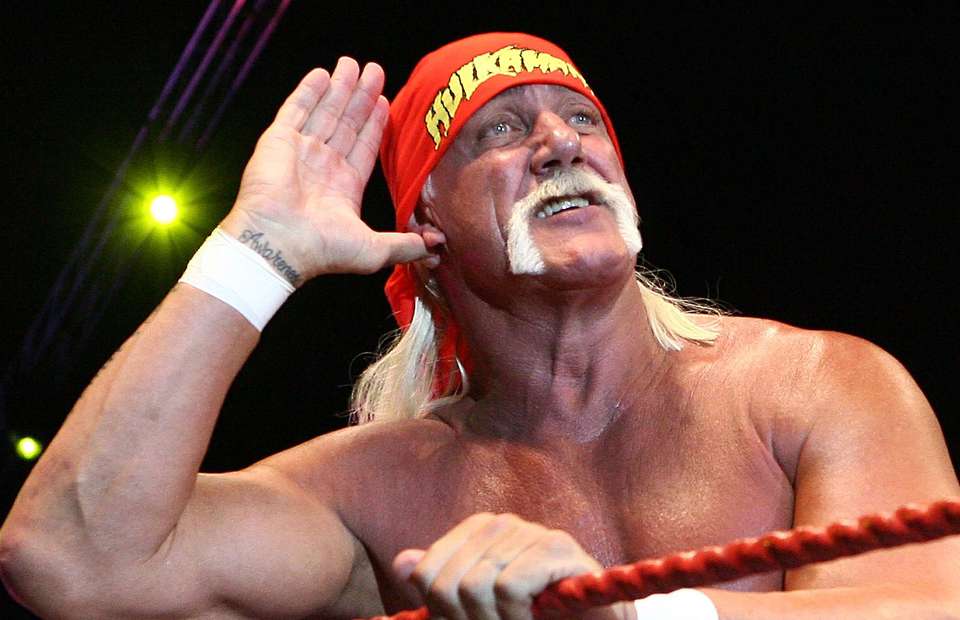 Smith Hart, uncle of WWE diva Natalya Neidhart and member of the legendary Hart family dynasty, has published a new column at PWMania.com. Hart reveals his top 10 worst authorities and executives in wrestling history. He shoots on Hulk Hogan, Vince Russo, Dixie Carter, Indy Wrestling and more. Here is an excerpt from his article:

10. INDEPENDENT WRESTLING
I start at number 10 with the independent wrestling scene as a whole. I realize this is a blanket statement likely set to infuriate many of you who live and die by the independent circuit. And yes I do realize there are a small few number of promoters who are working to better the circuit one show at a time, but by far and large, the Indy circuit is an embarrassment to the wrestling business as a whole whether it be the 110 lbs. kid in gym shorts and a t-shirt, pulling thumbtacks out of his ass and telling the audience to “fuck off” or Indy promoters who are the biggest marks themselves running shows just so they can book themselves in main events, the unprofessionalism and lack of organization in Indy wrestling has been successful only in removing the pro from pro wrestling. I’d love to be able to put a single person on trial, but unfortunately this is a problem that infects thousands worldwide and ultimately has been effective in driving hundreds of thousands of paying fans away from the business burning town after town. I don’t mean to sound outdated but an organization like the NWA prevented many of these upstarts from ever getting into wrestling by organizing and collaborating resources. The industry needs an organization like that today more than ever. But trying to get 5 promoters in a room to agree and collaborate is an impossible task. Now try organizing thousands worldwide. Again not to sound outdated, but I remember a time when 40 promotions were running full time across North America alone providing full-time employment to upwards of 30 wrestlers each and giving those who were privileged to be a part of our proud and noble industry options. Options that simply don’t exist anymore. How many Indy promotions globally today run full time or provide full time livable wages for anyone?”
5. HULK HOGAN
Another certainly controversial contender, no doubt. I recognize that Hulk is one of the biggest draws wrestling has ever had, drawing record attendances and helping to create the boom that ignited wrestling in the 80’s for superstars to make more money than they ever had before, and still is a definitive draw some 30 years later. I’d even argue Hogan’s name to be on the Mount Rushmore of wrestling. As a talent he is one of the greatest ambassadors of our business. But there is a darker, shadier side to the immortal one. A business man, only out for himself who has lead the path of destruction on numerous projects. His greed and un-willingness to do business properly lead to a talent deficit in the early 90’s WWF. His politics and greed within WCW helped contribute to the hundreds of millions of dollars lost on a company that was at one point considered unsinkable and those losses no doubt contributed to the sale and unemployment of hundreds of WCW employees.”
3. DIXIE CARTER
Perhaps no one encapsulates the definition of a person with too much money and no brains more than “Ditsy” Dixie Carter. Over the 10 years she has funded and run TNA into the ground, she has had access to every major talent and executive within the industry, as well as being afforded every opportunity for success by her television and pay per view partners. In fact I can’t conceive of any other wrestling operation in history which has been given more opportunities for success yet failed. As stated earlier TNA’s biggest failure came with hiring the same crew that put WCW out of business a decade earlier and expecting different results. This would be like granting Charles Manson parole and then being surprised if he organized a new cult to kill people. Over the decade she has had access to all of the top minds in modern wrestling including Jim Cornette, Paul Heyman, Jim Ross, Bruce Pritchard, The Jarrett’s and even Eric Bischoff along with many others all of which were more than capable of making TNA a competitive organization but each stigmatized with Dixie’s horrible leadership.”
Former WWE, WCW and TNA creative writer Vince Russo is Hart’s number 1 pick. You can read Smith Hart’s column “The Hart Grapevine,”in its entirety at this link.
Related Itemshulk hogansmith harttna
← Previous Story WWE Royal Rumble Review
Next Story → It’s Still Real to Me Dammit