Top 12 WORST Decisions Made With Cesaro 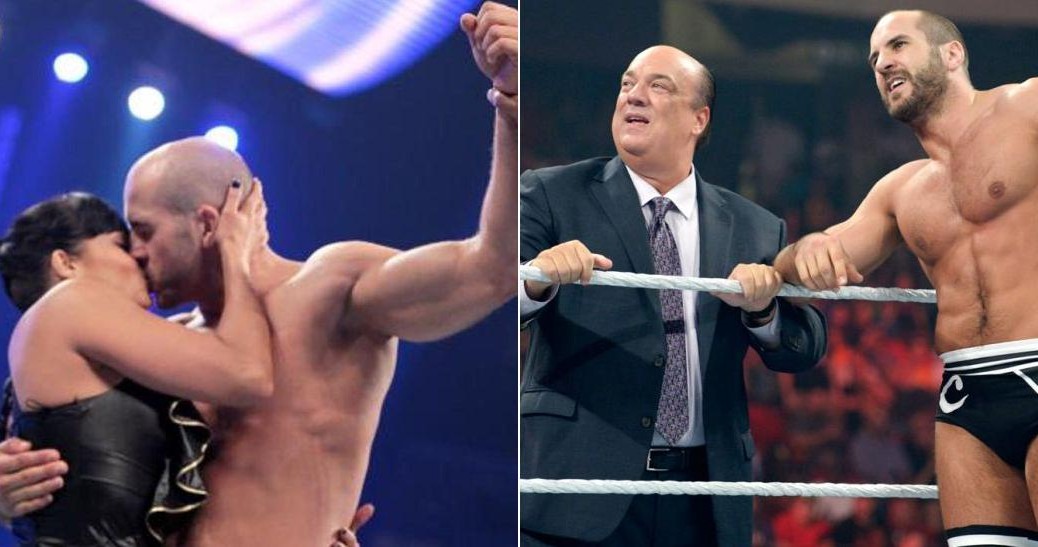 For the longest time in WWE, there has been a feeling amongst some fans that certain wrestlers aren’t given enough opportunities to be big stars within the company. Whether it’s based on their wrestling ability, mic skills, or both, fans feel like these wrestlers should be pushed more. Wrestlers like Dean Ambrose and Dolph Ziggler are typically brought up in these conversations. Another wrestler in that same vain is Cesaro.

Cesaro has been on the main roster since 2012 and has held both the United States Championship and the Tag Team Championships. Of all his accomplishments, his most notable one was winning the Andre the Giant Memorial Battle Royal in the year of its inception. With a resume like this, four years of TV exposure, and the crowd support to boot, it seems logical that he would’ve been a World Champion by now. But as we’ve seen from the WWE in the past, it only matters whether the company wants to see you succeed and do more, not the fans.

Cesaro, despite being given his fair share of accomplishments, has also been given some bad gimmicks and feuds as well. He’s been made to pair with lesser wrestlers, has had odd pairings in regards to managers, has lost multiple times when he didn’t need to, and almost always was robbed of his momentum. People may think that Ziggler and Ambrose have had it bad, but at least Ziggler is a two-time former World Champion and at least Ambrose has main evented multiple PPVs and had matches against big names like Triple H and Brock Lesnar. The biggest matches Cesaro has had in his entire career were his matches against John Cena for the United States Championship and his match against Randy Orton who was the WWE World Heavyweight Champion at the time when Cesaro defeated him.

Overall, Cesaro has been mostly underutilized over the years and it’s only recently where it seems like things are starting to pick back up for him. Whether he’ll ever make it to the main event scene is to be determined, but the fans like him and he has the support of many current wrestlers and WWE legends for it to happen. However, if more moments happen like the ones on this list, all that potential will fade away the same way Ziggler’s pretty much has. The following are the 12 Biggest Mistakes the WWE has made with Cesaro.

And in the future, hopefully there are no more mistakes this bad.

12. Not Beating John Cena for the US Championship

Considering Kevin Owens was involved in the feud with John Cena at the time and seemed like he was going to beat him for it, Cesaro not beating Cena for the title seemed like a reasonable decision. However, in light of Alberto Del Rio being the one who took the United States Championship from Cena, it seems like a poor decision in retrospect. After all, Del Rio did absolutely nothing for the United States Championship and neither has Kalisto, so what harm would it do Cena to put the title on a guy who he believed should be main eventing every night? Even if you consider the fact that it led to the a Champion vs. Champion match at SummerSlam, Rollins holding the title for a few weeks didn’t really do much for him, since he won via interference anyway. To make things interesting, the WWE could’ve just inserted Cesaro into the match at Battleground and had Cesaro pin Owens so Cena is protected and then could’ve been given the option by The Authority to get his rematch or fight for the WWE World Heavyweight Championship. A simple solution that unfortunately no one thought of. On a brighter note, the match between Cena and Cesaro was strongly considered aa match of the year candidate.

When discussing good modern theme songs, it’s safe to say that The Real Americans theme music is among theme. The feel of the song when the intro is done makes it feel like something big is about to happen and somewhat sounds like a signal of impending doom. His current theme song however is not even remotely as good. The music is generally disliked amongst most fans and sounds like what can only be described as a collision of sirens. While it makes sense to say that his music needed to change since the song was originally Jack Swagger’s, it’s replacement was not adequate. He’ll probably have the song for a while so it’s here to stay for now, but if they debuted a new song for him, it would be appreciated.

10. Being Eliminated by Heath Slater in Intercontinental Championship Battle Royal

At the 2014 Battleground PPV, after months of doing nothing with Paul Heyman, Cesaro was entered into the Intercontinental Championship battle royal match to crown a new champion after Barrett got injured…again. Though the match seemed to be going well, Cesaro was ultimately eliminated from the match by Heath Slater. No feud was born from this, he wasn’t being punished for anything, and neither superstar truly benefited. Cesaro ended his partnership with Heyman the next night and Heath Slater went on to do nothing of interest as usual. It’s one thing to lose a title opportunity, but to lose a title opportunity because of Heath Slater, with nothing to show for it, is just ridiculous.