Home / WWE / Top 15 Most Promiscuous Divas Of All Time 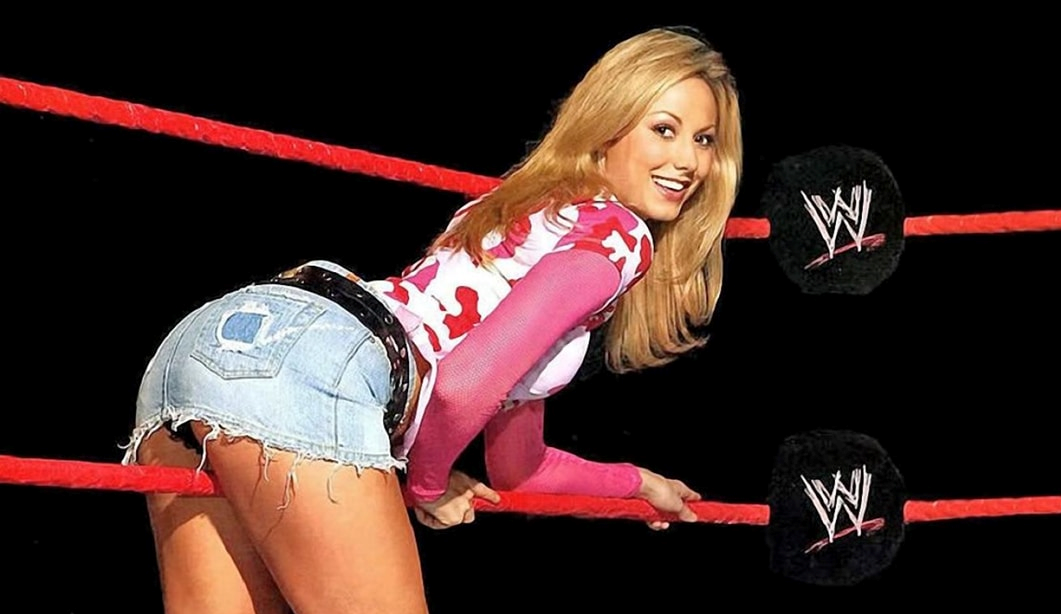 Wrestlers, by nature, are physical people, so it should come as no surprise that many of them live promiscuous lifestyles. In fact, one could easily draw several parallels between wrestling and what Liz Lemon would call “mommy daddy sheet monster times.” For starters, they’re both heavily rooted in physical attraction (let’s face it, most female wrestlers are primarily famous not for their personalities but for their looks). And then of course there is the physical contact: the groping, grappling, grunting, sweating, slapping, and being pinned into submission. It’s no wonder that the number one excuse parents use when they’ve been walked in on by their children in the bedroom is: “Mommy and daddy were just wrestling.” Sure, just wrestling.

Don’t think that it’s just the male wrestlers who are doing the cavorting, either. Divas have been known to bounce around from partner to partner, succumbing to their primitive wants and desires. After all, it takes two to tango… or something like that.

Here are the 15 most promiscuous WWE Divas of all time.

Nikki Bella has only dated two wrestlers that we know of, but they are two of the biggest names in the business: Dolph Ziggler and John Cena.

Bella and Ziggler met when they were both in the developmental league in Tampa, Florida, and they soon started a relationship that lasted until their breakup in 2011. Not long after, Nikki hooked up with Cena, and the two have been together ever since. Since his rough divorce from longtime partner Elizabeth Huberdeau, Cena has stated that he is opposed to getting married and having children, but there are rumors that he might be willing to make an exception for Bella.

Before Ziggler and Cena, Nikki was married to her high school boyfriend at the age of 20, although the marriage only lasted three years, at which point it was annulled.

Before her high-profile relationship with actor George Clooney, Stacy Keibler was dating her way through the WWE. Her first wrestler boyfriend was David Flair (whom she dated both on- and off-screen), son of wrestling legend Ric Flair—I think it’s safe to say that this was the pinnacle of David’s disappointing career/life.

Once Keibler came to her senses (or perhaps regained vision?), she dumped Flair and quickly moved on to Andrew “Test” Martin (another on-/off-screen relationship). Although not officially confirmed by either, Keibler is also believed to have hooked up with Acadamy Award-winning actor Jamie Foxx.

Keibler is now happily married to businessman Jared Pobre, with whom she has a two-year-old daughter, Ava Grace.

With just a few years of WWE service under her belt, Ashley Massaro might not have had the longest professional wrestling career, but she managed to squeeze in a lifetime’s worth of dating in that time. Perhaps her most famous relationship was with wrestling Matt Hardy. After their amicable spit, she moved on to Paul London, which created a public feud between London and a jealous Hardy. Apparently tired of the drama associated with dating a fellow wrestler, Massaro later began a relationship with Chuck Comeau, drummer for the band Simple Plan.

Ashley joined the ranks of several other promiscuous WWE Divas by posing in her birthday suit for Playboy, which led to an in-ring feud with Jillian Hall, who was envious of the newfound attention that Massaro was receiving for her looks.

Maria Kanellis was one of the most beautiful women in the WWE, so it should come as no shock that she was sought after by many of her fellow wrestlers, including John Cena and CM Punk. She dated Punk (who didn’t?) from 2005 to 2007, at which point she was rumored to have took up with Cena (again, who didn’t?). When asked what it was like to kiss Cena, she replied, “I’m an actress first. I sign a contract to play a role and I get paid for it. It’s not reality, it’s a role.” Apparently the line between reality and fiction is a bit blurry for Maria.

Neither Punk nor Cena could tame Kanellis, however. That distinction goes to another wrestler: Michael Bennett, to whom she has been married since October 10, 2014.