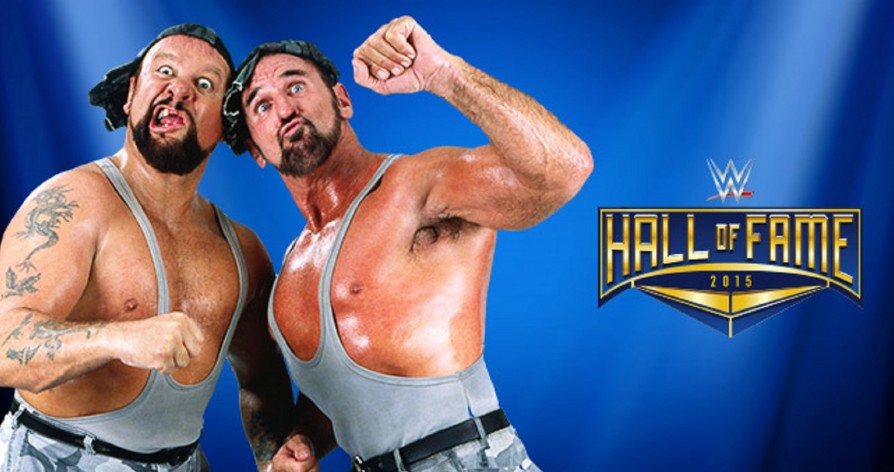 By Matt Loede, write for the Sportster.com:

While it started in 1993 with just one wrestler placed into the Hall (Andre the Giant, who had passed away in February 1993), the company did induct wrestlers into the Hall from 1993 to 1996, but then stopped again until 2004.

That year, the company basically launched the event again, and with WrestleMania XX that year in Madison Square Garden, they had a ceremony for the event, which took place the night before Mania. Since that year, fans have had the chance to be a part of the event, with tickets being sold and the event being held in arenas close to where WrestleMania is being held.

This past year the event was held at the SAP Center of San Jose, close to where WrestleMania 31 was held at Levis Stadium, home of the San Francisco 49ers. Since the Hall of Fame began, there has been 95 individuals placed in the Hall, along with nine groups, eight celebrities, and one fan.

While most in the Hall are more than deserving, fans frequently debate which wrestlers don’t actually deserve the distinction, and that’s the topic we will tackle today.

Today we present the ‘Top 15 Most Undeserving WWE Hall of Famers’ and give our take as to why these 15 should not have been given the honor of the Hall.

*We could’ve just put all the celebrities on this list, so we decided to just put the one we felt was least deserving.

When the WWE announced that “Bullet” Bob was going into the Hall of Fame in 2011, many were not all that aware of his career. Armstrong was a title holder numerous times throughout the Southeastern United States, and may be most known for his offspring, as his four sons, Joseph, Robert, Steve and Brian (known more as Road Dogg) all were mat warriors. While ‘Bullet’ Bob had a solid career, he didn’t have a strong enough resume to earn a place in the WWE Hall of Fame.

Related Itemshall of famewwe
← Previous Story It’s a New Day in WWE!
Next Story → This week on the WWE Network