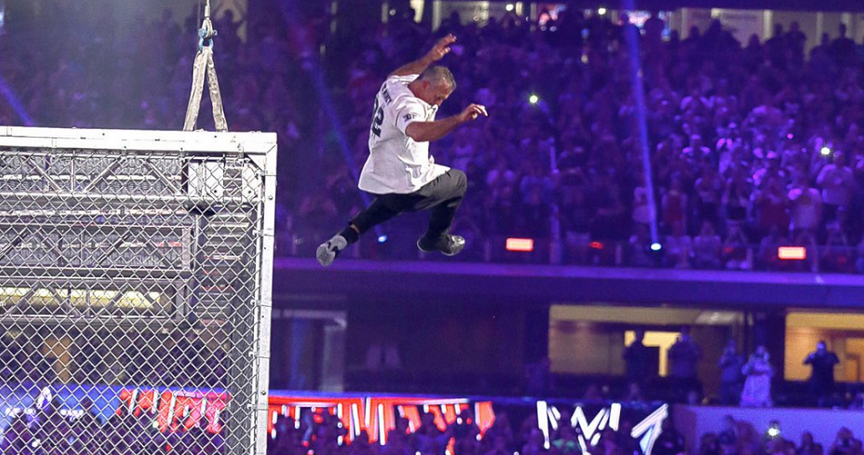 The lead up to this year’s WrestleMania wasn’t an easy one, to say the least. Several storylines had to be thrown together at the last minute for a variety of reasons, mostly due to the overwhelming amount of injuries to their top Superstars that all occurred at relatively the same time. It wasn’t easy, but WrestleMania 32 — for all intents and purposes — exceeded expectations. There were bookings that made you scratch your head and finishes that didn’t quite seem up to standard, but there were also many bright spots that superseded all of their shortcomings.

When you think of WrestleMania, you think of a higher degree of standard, you think of celebrities, and you think of surprise appearances. For the most part, this year’s show featured all of the above, with some important changes added into the mix that we believe will advance the product to a much better level. I had the privilege of attending the show live and this article will serve as a recap of the better moments that made this year’s show worth the price of admission.

Attendance figures, shortest match records, guest appearances, local legends, and an important debut of a much needed change to a certain division were all prominent parts of the 2016 Super Bowl of professional wrestling. I had an absolutely wonderful time and here are 15 reasons why the overall show didn’t suck, in my eyes. Yeah, maybe it wasn’t on par with previous years, but it certainly didn’t “suck.”

I don’t think anyone in the building was surprised that The Heartbreak Kid Shawn Michaels and Stone Cold Steve Austin appeared at WrestleMania, but if you were there live and were able to hear the pop that those two received (especially Austin), the sound was absolutely deafening. Over 100,000 people all standing and screaming at the same time was something I thought I was prepared for, but the live experience is truly something else. HBK, Austin, and Mick Foley all came out and had a WrestleMania moment with New Day, where Austin stunned the entire crew before showering the ring with a beer bath.

WrestleMania is never short of celebrity appearances, but this one I honestly can say I was never expecting. Shaquille O’Neal — longtime NBA star — came down to the ring for the Andre the Giant Memorial Battle Royal, where he squared off against some of the bigger WWE Superstars, like Kane, Big Show, and Mark Henry. He was able to last just about as long as anyone would expect for a celebrity appearance in a match as quick as the Battle Royal, but not before he eliminated Damien Sandow and got choked by the “World’s Largest Athlete” Big Show.

It had been 18 years since I last saw The Undertaker come down to the ring in 1998 at a taping of Monday Night Raw in Chicago, Illinois, and while some things change, some stay the same. That same feeling I had so many years ago carried over perfectly in 2016 and considering the WrestleMania atmosphere (over 100,000 people strong), The Undertaker’s methodical entrance was worth the price of admission in itself. It’s truly a sight to see, and I don’t think there will ever be another entrance quite like his that will give generations of people the same amount of goosebumps ever again.

Wow! This is the second year in a row that they have opened the show with a ladder match for the WWE Intercontinental Championship and this one absolutely delivered just as well — if not better — than the previous year’s match. I was pulling for either Dolph Ziggler (I think he deserves another solid push soon) or Sami Zayn to walk out with the belt, but I think Sin Cara had a tremendous match and Kevin Owens is on his way for big things in the near future with the company. The Miz and Stardust are practically comic relief at this point, but seeing Zack Ryder grab the belt at his first WrestleMania is always great to see.