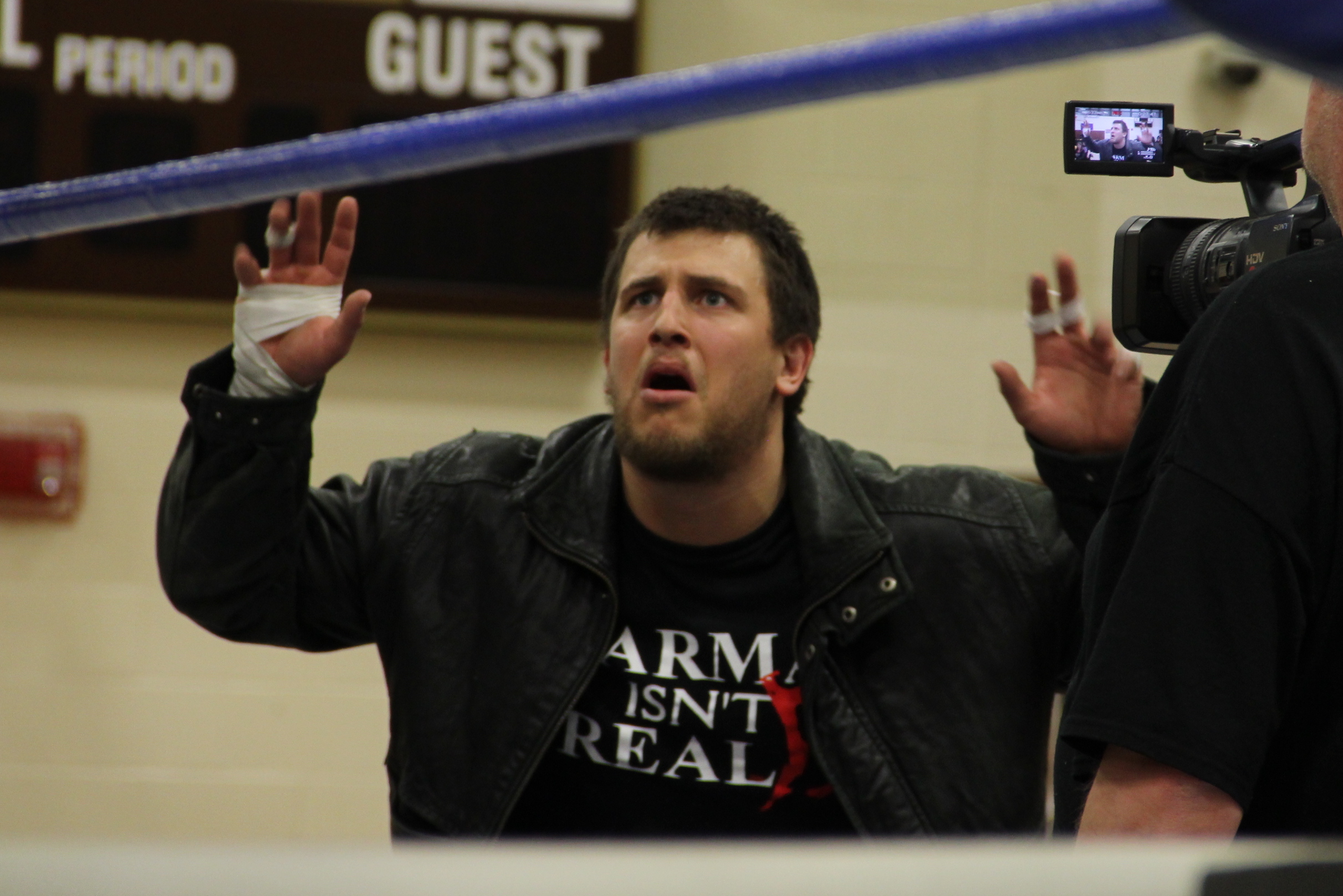 Top Indy star Tim Donst recently took some time to participate in an exclusive interview with PWMania.com. Donst is best known for his time in Absolute Intense Wrestling (AIW), Chikara and Dragon Gate USA. He is known for his amateur wrestling background, which became the focal point of his gimmick. He is also a former one-time AIW Absolute Champion and holder of the Young Lions Cup. Donst talks about the best and worst thing in the wrestling business, WWE and TNA, Indy wrestling and more.

Here are some highlights from the interview.

Best and worst things about the wrestling business:

“The best – Fan interactions, creative freedom, travel and friendship with people you wouldn’t normally associate yourself with.  The worst – politics, backstabbing and everything else.”

“I think Indy wrestling is become cool again. Non-WWE fans are checking out various promotions and sticking to them. There’s a cool underground scene slowly building. Indy scene could use more exposure.”

“I’ve been a fan of WWE all my life. I have a lot of friends in TNA but I’ll go wherever I feel like going at the time.”

Donst also speaks on the most satisfying moment of his career thus far, the most underrated stars in the business today and more. You can read the interview in its entirety at this link.
Related ItemsTim Donst
← Previous Story Dean Ambrose looks back at WrestleMania
Next Story → Christopher Daniels talks about his legacy