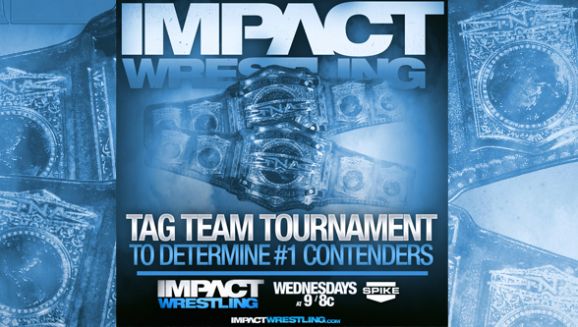 The conclusion of the TNA Tag Title Series between The Wolves, The Hardys and Team 3D certainly answered many questions about all three teams. However, it raised a new question: can anyone beat The Wolves?

It is understood that Team 3D and The Hardys are two of the best tag teams to ever put on wrestling boots and get in the ring. By defeating not just one but both teams, The Wolves established their dominance – not just in TNA but in professional wrestling as a whole. Now, as the TNA Tag Team Champs like to say, the hunt is on… this time, however, it’s to determine the next team to challenge for the Tag Team Championships.

This week on IMPACT, a tournament will kick-off and there is room for 8-teams. The tournament is open to anyone on the TNA roster; all you need is a partner! Over the coming days, TNA Superstars will be making deals with one another, partnering up and plotting to challenge the Wolves. Round one of the tournament will be held this Wednesday on IMPACT!