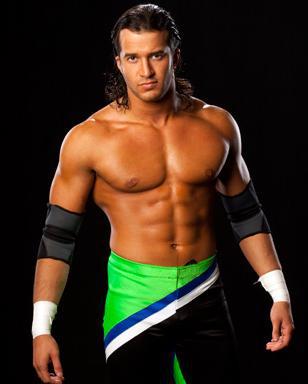 Editor’s note: This article appeared in Newsday last week in advance of this past weekend’s show.

Just over a month after being released from WWE following a three-year stint there, the former Trent Barreta will return to Long Island this Saturday to compete at the New York Wrestling Connection’s biggest show of the year, Psycho Circus. And although the audience will be smaller than the ones he became accustomed to in WWE, Marasciulo said he’s feeling nothing but excitement about wrestling in front of a hometown crowd.

“I’ve always loved the wrestling part of wrestling. And as long as I can do that, I’ll be happy,” said Mount Sinai native Marasciulo, 25, who will be billed as “TRENT?” when he takes on NYWC Fusion champion and former TNA standout, Tony Neese on Saturday. “We can go 30 minutes. We can do whatever we want.”

That kind of freedom eluded Marasciulo throughout most of his WWE run, which began when he was barely out of his teens. Marasciulo had been training at NYWC since he was 15 and was called up to WWE in 2007 with a group of classmates that included fellow Long Island natives Curt Hawkins and Zack Ryder.

Barreta worked dark matches for months before making his TV debut, losing in short order to Mark Henry on an episode of “Smackdown.” In 2009, he joined forced with fellow WWE developmental talent Caylen Kroft and formed the tag team of the Dude Busters in WWE’s feeder system, Florida Championship Wrestling. Hawkins joined to make it a trio, and, using “Freebird Rules,” the Dude Busters won the FCW tag team championship in November 2009.

“That was probably the most fun I’ve ever had in wrestling,” Marasciulo said. “We were just goofing off and messing around on all the shows.”

Kroft and Barreta were called up as a tag team to WWE’s ECW brand in December of 2009. ECW gave the Dude Busters an ideal platform to showcase their act, but, unfortunately, WWE shut down the brand just weeks later. The duo ended up on the “Smackdown” brand, but competed largely on “WWE Superstars” until Kroft was fired late in 2010.

“It was sad to see my friend go, but I think he actually was kind of OK with it,” Marasciulo said. “Tag team wrestling was fun, but I always pictured myself as a singles wrestler.”

On his own, Marasciulo struggled to make a name for himself. Although he was proud of the matches he had on WWE’s C-shows against opponents like Tyson Kidd, his profile in the company remained low. And, by his own admission, Marasciulo did not play the political game well. He said he had plenty of friends, but no real “mentors.”

“I was at the bottom. I mean way at the bottom. Pretty much, I was the bottom,” Marasciulo said. “But I always felt like I had good matches. . . . I felt like I was having some of the best matches of the entire night, and people didn’t even know who I was.”

Marasciulo said when he approached management with character and story line ideas, they were quickly dismissed. After seeing fellow FCW alum Wade Barrett quickly rise through the ranks and headline WWE pay-per-views, Marasciulo asked Barrett about how he pitched ideas to the bosses. Barrett said he didn’t.

Despite his stalled progress, Marasciulo said he always tried to make the most of every opportunity in the ring and cheered on his friends when they moved to the head of the pack.

“I was almost tearing up. I was so happy seeing him getting that over,” he said. “I think everybody was really happy for him. He did it on his own.”

But Marasciulo’s could not keep his positive outlook when he tore his triceps muscle in February 2012 and was forced onto the sidelines. When he was finally healed, he returned not to WWE television, but rather to the company’s Florida developmental system.

“That sucked. That was very frustrating. I didn’t want to be there at all,” Marasciulo said.

In January, WWE released Marasciulo. Although some of his wrestling dreams went unfulfilled during his WWE stint — including performing at Madison Square Garden — Marasciulo said he is at peace with his departure.

“I always kind of pictured myself being an independent wrestler first, getting over, doing that and then making my way to WWE. I kind of did it backwards,” said Marasciulo, who would not close the door on someday returning to the company. “I don’t think anybody there questions that I love wrestling, and that I was going to bust my [rear end] in every match I was in.”

But Marasciulo said showing what he could do in the ring could be tough when he was told, “You’re going to be on ‘Smackdown’ and you have three minutes including entrances and you’re going to get beat up by Jinder Mahal.”

Now back on the independent circuit, he’s looking forward to cutting loose, and can think of no better place to do so than his old stamping grounds of NYWC.

“I think some of the homegrown NYWC guys, like Alex Reynolds, John Silver, Tony Neese, and Apollyon . . . they’re getting to be real good because they’ve been doing it for so long. It’s really better than what you’ll find in some other independents,” said Marasciulo, who is excited about the new chapter in his career. “I refuse to get a regular job. . . I think I’ll be all right. I think I’ll be fine.”

Saturday’s event was at the NYWC Sportatorium at 435-13 Brook Avenue in Deer Park is particularly loaded up. It includes Jerry Lynn’s final East Coast match, as he takes on “The Greek God” Papadon. And in the main event, NYWC champ Apollyon will captain a four-man team against another captained by YouTube sensation “The Big O” in a weapons cage match. Tickets are available at nywcwrestling.com.