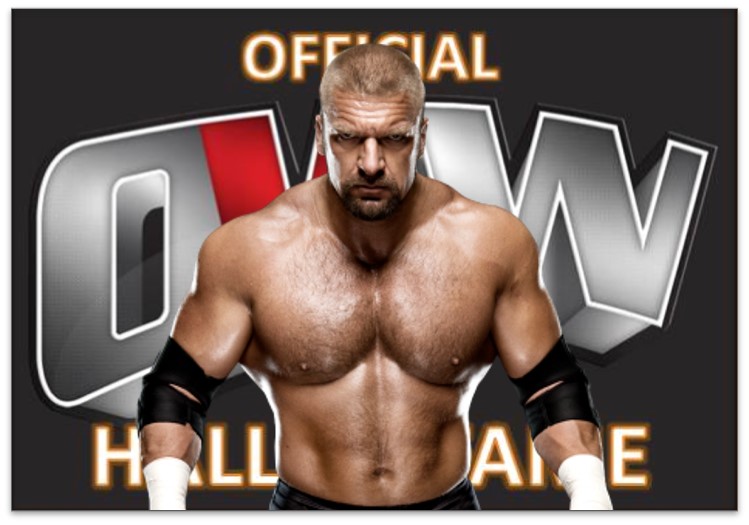 Paul Michael Levesque began his professional wrestling career in the International Wrestling Federation in 1992. In 1994, he joined World Championship Wrestling where he was soon repackaged as a French-Canadian aristocrat named Jean-Paul Lévesque. In 1995, Levesque moved to the World Wrestling Federation where he became Hunter Hearst Helmsley and later Triple H. In 1997, he co-founded the influential D-Generation X, which became a major element of the WWF’s “Attitude Era”. After winning his first WWF Championship and beginning a storyline marriage with Stephanie McMahon in 1999, Triple H became a fixture of the company’s main event scene. According to the Pro Wrestling Torch, he was “widely regarded as the best wrestler in North America” by the turn of the millennium. After legitimately marrying Stephanie McMahon in 2003, Levesque became a member of the McMahon family, which maintains majority ownership of WWE. Since 2011, he has curtailed his in-ring appearances as he has taken on a greater behind-the-scenes role within WWE. Over the course of his career, Levesque has held a total of 25 championships including nine reigns as WWF/WWE Champion and five as WWE’s World Heavyweight Champion. In addition, he was also the winner of the 1997 King of the Ring tournament and the 2002 and 2016 Royal Rumbles. His total of 14 world championships is the third-most all-time (recognized by WWE) behind only Ric Flair (16) and John Cena (16). He has headlined WrestleMania, WWE’s flagship pay-per-view, seven times. He has been the Executive Vice President of Talent, Live Events and Creative for WWE since 2013, as well as being the founder and senior producer of NXT.

Online World of Wrestling is proud to induct Triple H into our Hall of Fame!