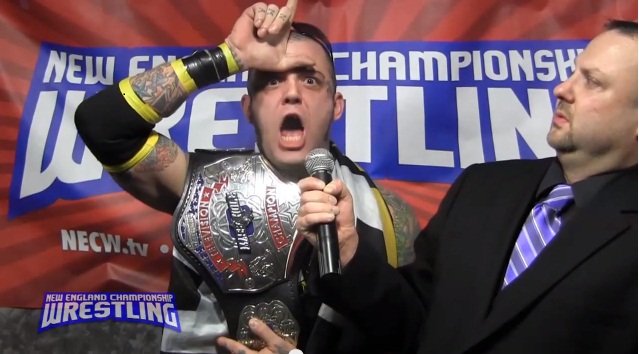 Another big week of New England Championship Wrestling, as aired in Boston on WMFP TV, Channel 62, is now available for online viewing.

This week begins with a look back at the closing moments of a match we first saw two weeks ago between Kasey Ray and Nikki Valentine that saw Nikki Valentine unceremoniously dumped from The Sisterhood, we’ll have post match comments from Miss Sammi Lane as she explains what took place in that match up.

It’s another half hour of action you won’t want to miss!