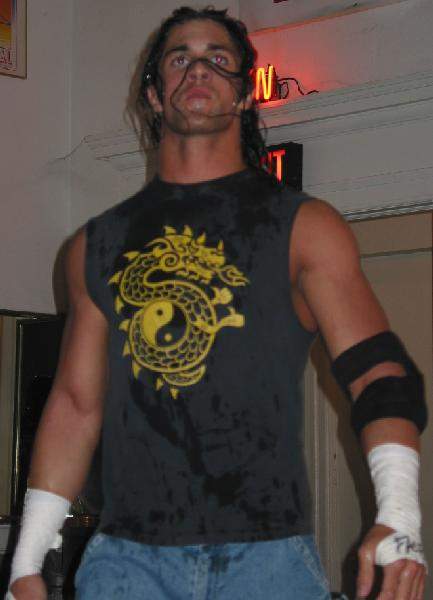 Black, the current Ring of Honor World champion and a Davenport, Iowa native, is considered by many fans to be the one of the most exciting professional wrestlers in the United States today.

On April 2, 2010 at Spring Showdown, Black will challenge Kansas City-native “The Rebel” Jeremy Wyatt for the 3XW Heavyweight championship in an extremely highly-anticipated bout. Wyatt is widely thought to be the best wrestler in the Midwest today, and has received numerous accolades, including the 2009 3XW “Wrestler of the Year” award and the 2008 Missouri Wrestling Revival “Wrestler of the Year” award. He has held the 3XW Heavyweight championship since August 2009.

Fans have the opportunity to watch Black in action every week on television as part of the series Ring of Honor Wrestling on HDNet, which is available in millions of homes around the world. Black’s match at 3XW Spring Showdown, however, is his first live wrestling appearance in the Des Moines-area in almost three years and his first shot at the 3XW Heavyweight championship, one of the top prizes in the Midwest professional wrestling scene.

Watch the newest edition of 3XW Outside the Ring, the official webshow of 3XW, in the coming days at http://www.3XWrestling.com and also look for the 3XW Spring Showdown commercial airing on Mediacom cable in central Iowa, the published advertisement in Juice and the radio spot on LAZER 103.3 FM.

3XW strongly encourages anyone planning to attend 3XW Spring Showdown to purchase advance tickets. Our event last month had a packed standing room only crowd and we expect an even larger crowd this month!

3XW Spring Showdown after show party will take place at our sponsor:

All fans are welcome to attend the after party to eat and drink with the 3XWrestling wrestlers and crew!

Founded in 2005, 3XWrestling, a Des Moines-based organization, has entertained thousands of fans across Iowa and been featured on KCWI TV, Mediacom Cable, Des Moines Radio Group stations, Iowa Public Radio and in publications including the Des Moines Register, Juice, Cityview and Pro Wrestling Illustrated. 3XW events are held the first Friday of each month in Des Moines.

3XWrestling and its performers are also heavily involved with charity work. Most recently, 3XW and Toys For Tots worked together at November Knockout to collect toys to help provide a happier holiday for children.

In February 2009, one-legged wrestling star Zach Gowen competed in 3XW and helped raise over $10,000 to help the family of a young man whose leg was amputated due to his battle with cancer. All proceeds from that event we’re given to the family to offset medical costs, with every wrestler performing on a volunteer basis.

For more information about 3XWrestling, including details on purchasing advance tickets to events, bringing 3XW to your town and to watch 3XW’s highly-acclaimed monthly webshow Outside the Ring and the Free Match of the Month, please visit http://www.3XWrestling.com. Card subject to change.