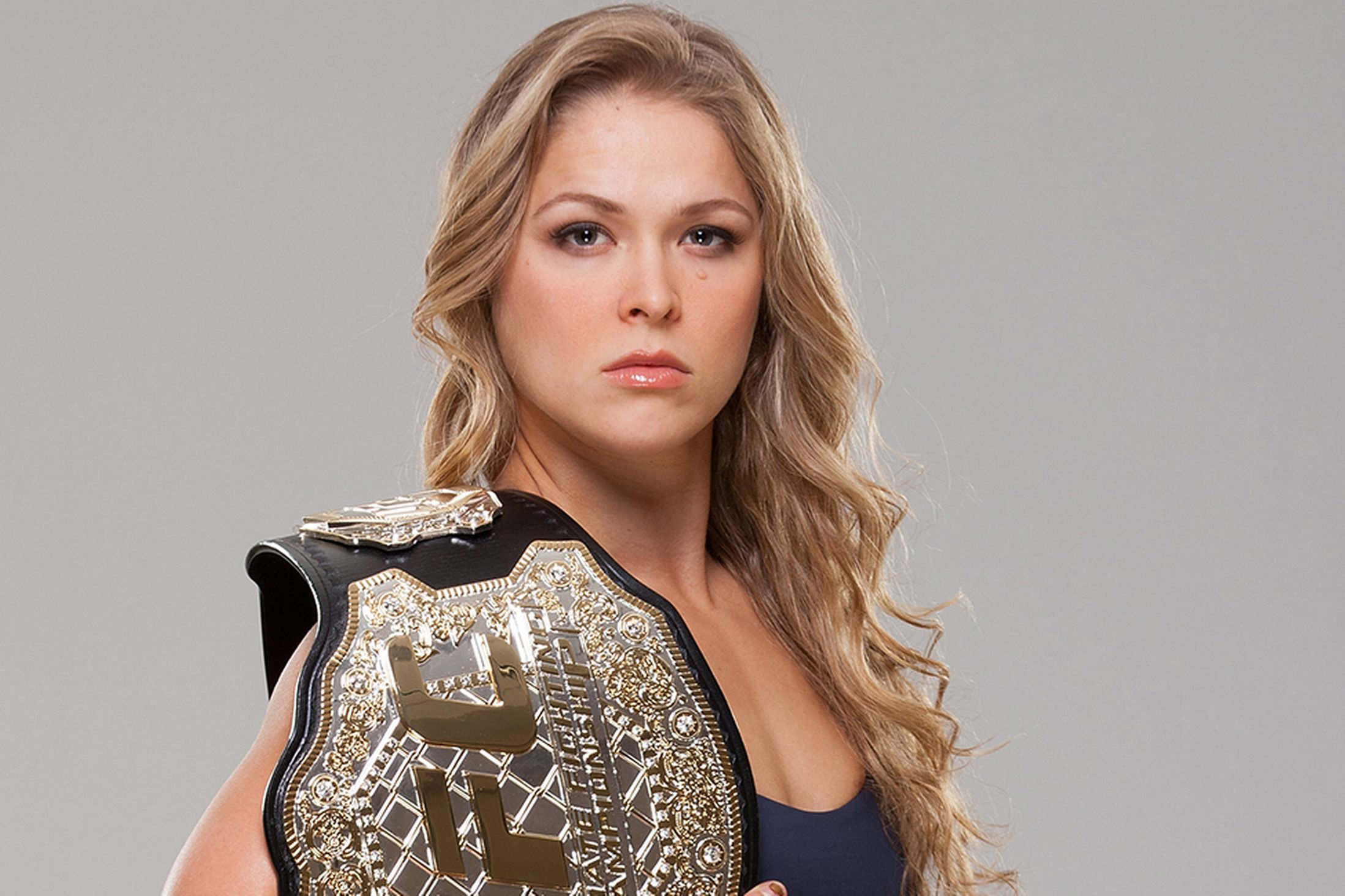 While many MMA purists claim that MMA is a real sport and Pro-Wrestling is dumb because it is “fake”, don’t tell that to several fighters who are major fans of the Pro-Wrestling product. UFC Bantamweight Champion Ronda Rousey has made it known for some time that she is a huge WWE fan and claims that she “marks out” for several wrestlers. She said she almost fainted meeting CM Punk at one point.

Truly Rousey is a fan girl and many wonder if she ever would have interest in joining the WWE when her UFC contract ends. WWE probably has some interest and many wonder if WWE might pull the trigger to get her involved at a WrestleMania down the line. WWE is trying to iron out details that would have Rousey as part of SummerSlam this August. Rousey has a mini-faction of sorts with her friends called the Four Horsewomen as a tribute to legendary Pro-Wrestling faction the Four Horsemen. There are rumors that if she went, the friends would come as well. Good fighters in their own right.

WWE is still working on everything, but if they are able to secure the fighting bombshell, could she be part of The Shield? Many have wondered if WWE would ever add a female member to the faction, but they never pulled the trigger. Now, WWE might just do it and have her part of the team come SummerSlam.