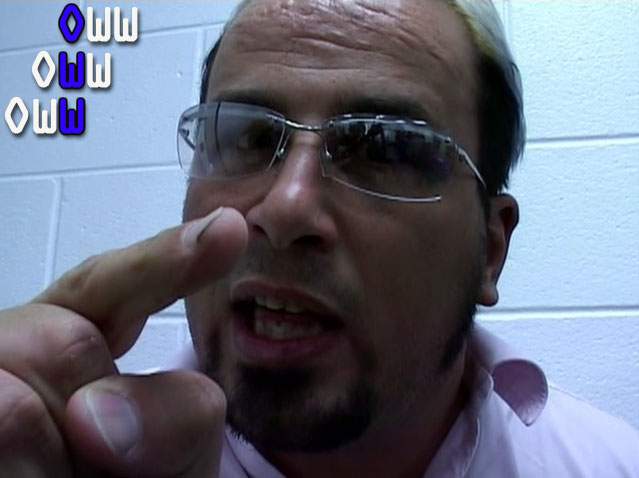 STATE OF THE UNION #6

~ Two weeks away from “BORN AGAIN”

We’re now less than two weeks away from the UNION’s Toronto debut, BORN AGAIN, and the excitement is growing.Â  Tickets are moving briskly and the wrestling fans of Southern Ontario are talking about the huge grudge match main event that will pit ECW Original STEVE CORINO against upstart indy star STERLING JAMES KEENAN.Â Â  From the United States to the United Kingdom to the streets of Toronto, this battle has been brewing for almost 2 years and now it explodes with an all-out brawl at UIPW’s BORN AGAIN.

Here’s a rundown of the complete card…

The HORNET vs. SHIIMA XION

“The Smashing Machine” RAYMOND ROWE vs. “The Killa” CHRIS KOLE

Tickets are ON SALE NOW in person at the Legion Hall and online via the “UNION SHOP” at www.wrestlersunion.ca.Â  The event is open to ALL AGES, but for those 19 and older, the Legion Hall includes a FULLY LICENSED BAR.Â Â  Fans are reminded to bring valid ID and encouraged to use public transit if they plan to purchase alcohol.

THE RUMOR MILL IS RUNNING HOT!!!

As mentioned briefly in last week’s interview with STERLING JAMES KEENAN (available now for you to read at www.wrestlersunion.ca), rumors have been circulating in and around The Union that SJK may be looking to surround himself “an entourage” to handle his dirty work.Â Â  Keenan denies the rumors but the UNION Office has received several calls, seemingly from the same woman, in regards to a trio of UNION Workers, including Sterling James Keenan.

We phoned Keenan directly this afternoon to ask him who this woman was and if this was his way of signaling the creation of a new stable of wrestlers.Â Â  Keenan replied with four words and then hung up.Â  The words?Â  “Blood.Â  Death.Â  Sex.Â  Magic.”

THE UNION IS ON THE WEB!

Looking for more Union-related fun online?Â  The Union is expanding its presence on the internet and we’re hoping you’ll join us.Â Â  Check out photos and videos.Â  Connect with Union Workers and fans.Â  Get frequent updates about Union events and merchandise.Â Â  And have your say about the Union by leaving a comment.

The UNION of INDEPENDENT PROFESSIONAL WRESTLERS is an exciting new wrestling promotion based in Toronto, Ontario, Canada.Â  The Union features a diverse mix of homegrown talent (including Eddie Osbourne, The Hornet and The All-Knighters) and international stars (including Steve Corino, Sterling James Keenan and El Generico).Â Â  UIPW maintains partnerships with promotions in Canada and around the world.Â  For more information about THE UNION, please visit our official website at www.wrestlersunion.ca