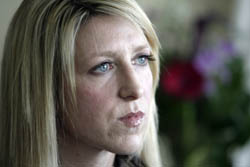 David Dexter reports that there was a lot of movement in the lawsuit brought against WWE and Vince and Linda McMahon by Martha Hart over the last several weeks, with portions of what remained of the suit thrown out of court.

On 11/16, Judge Stefan R. Underhill dismissed parts of the lawsuit against WWE, although I am not 100% clear what was dismissed and what remains.

What was remaining prior to the hearing were claims that Owen Hart‘s name would have reverted back to his usage and his usage alone in his passing, that his legal name would not be considered his “ring name” (meaning WWE does not have the rights to use, market and promote that name in their materials and DVD releases), that WWE released eight DVDs and other materials, including the WWE Encylopedia without proper payments to Owen Hart’s estate per his Booking Contract with Titan Sports, which required that royalty payments continue after his death, per the written contract, that WWE used original intellectual property, including family photos, without permission of Owen Hart’s estate, and that the Owen Hart Foundation has been hurt its unwanted association with WWE through their usage of Owen Hart video and material.

The Judge noted that to establish liability in a copyright infringement claim, Hart needed to prove that McMahon “the right and ability to supervise and an obvious and direct financial interest in the exploitation of copyrighted materials” based on previous legal precedent.

Since the only proof Hart’s camp had was that McMahon is WWE’s President and majority shareholder, that was not enough to personally leave McMahon on the hook for any alleged copyright infringements.

Linda McMahon, who is also being personally sued by Hart, was not mentioned in any of the rulings, so that portion of the lawsuit may still be proceeding against her.

The McMahons were not as successful in petitioning the court to sanction Hart’s lawyers. They had requested the court order Hart’s attorney, Gregg Rubenstein, pay for the WWE’s legal fees in regard to several aspects of the ongoing case, due to Rubenstein’s “unreasonable and vexatious multiplication of this litigation.” The court denied them the sanctioning.

The court also refused to strike certain remarks made in the most recent amended lawsuit against WWE and the McMahons by Hart, although what those remarks were remains unclear.