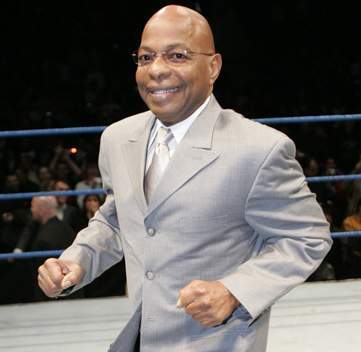 It was supposed to be a beautiful night for Theodore Long and his fiancÃ© Kristal. After months of preparation, the loving couple were finally set to say â€œI doâ€. But the evening turned horrific when the groom unexpectedly clutched his chest and fell to the ground. With an understandably upset Kristal screaming by his side, the SmackDown General Manager was motionless and unresponsive as SmackDown went off the air.

After being rushed to a local medical facility, Longâ€™s doctors claim the groom was suffering from hypertension, which was worsened by the ingestion of the erectile dysfunction medicine Viagra.

According to Dr. Rios, Long has been slipping in and out of consciousness since early Saturday morning. At the moment, a long-term diagnosis is difficult to make. Long is currently under around-the-clock supervision, as the next few days are critical.

WWE.com will continue to update you as more information becomes available.