USA Network will be airing The Game Plan starring The Rock 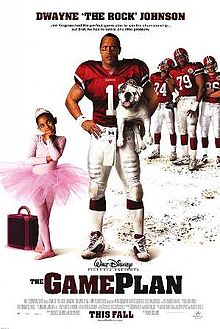 “The Game Plan” is a 2007 family comedy film directed by Andy Fickman and starring Dwayne “The Rock” Johnson. This movie was the last film in which Johnson uses his ring name “The Rock,” and the last movie to be distributed by Buena Vista, due to Disney retiring the name in late 2007.

For a full movie recap see:

Also, go to http://wherewrestlinghappens.tk for info about future events.