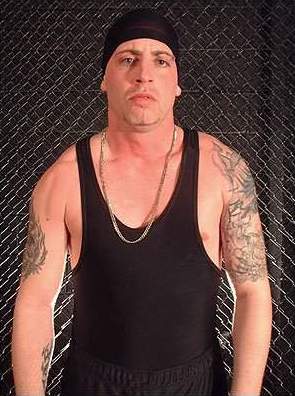 Victory Pro Wrestling Returns
to Long Island on October 12, 2007
VPW Presents: The Glory of the Gold

Tickets are all 1 low price of $15 so get there early to get the best seats!!!

Visit www.victoryprowrestling.com for everything VPW!!!

SPECIAL INTERNET OFFERS:
-Advance tickets that are purchased online for VPW’s 10/12 event are ONLY $12 each if you pay via Paypal to [email protected]
-Also, as an extra Bonus, for $20 you can get 1 ticket to VPW’s 10/12 event and 1 VPW DVD of your choice from the following; City Limits, Carnage in Centereach, Grim Intentions and Static Shocked. For this offer, send $20 via Paypal to [email protected]
-All tickets and DVDs purchased in advance will be available for pick-up at the door on the night of the show. These offers expire on October 11, 2007.

As always, most, if not all, of the VPW roster will be available for autographs during intermission. Come on down to watch a great night of action and meet all of your favorites.

VPW Championship Tournament:
It’s been a year and a half in the making, but Victory Pro Wrestling is now ready to crown it’s first ever champion. On October 12, 2007, VPW will present an eight-man single elimination tournament. The tournament will consist of four first round matches with all the winners advancing until only one person remains, the VPW Champion.

The eight participants in this tournament are; “The Good Guy” Azrieal, “Ultra Sexy” Joe So Delicious, Mack Daddy Flexx, Grim Reefer, Javi-Air, “Steel City Assassin” Sabotage, Richie Tyler and “Best Body in the Biz” Jason Static. VPW will announce the first round matches later in the week, but for now, think of the possibilities and matches that may occur on Friday night October 12, 2007.

For all of 2007, Jason Static has been bullying everyone in VPW around, along with his pals, Joe So Delicious and Sabotage. At any point in the night, these three partners may have to face each other. Will the title come between this trio? Will one of them make the sacrifice to help the other? Will their individual egos allow for any cooperation or teamwork? It’s obvious that all three men want nothing more than to be on top of VPW and to be standing tall at the end of the night with the gold, but aside from each other, all three have made many enemies in VPW. If not against each other, it’s extremely likely that Grim Reefer, Richie Tyler and Mack Daddy Flexx will be their opponents. Reefer, Tyler and Flexx have been battling Sabotage, Delicious and Static since last year. With all of that mounted tension, anything can and will happen!!!

Speaking of Grim Reefer, Richie Tyler and Mack Daddy Flexx, they may find themselves in the same boat with their own allies and friends becoming opponents in their quest for the gold. Unlike Static’s crew, it’s more likely that if it came down to it, the VPW fans would see a series of competitive matches where the best man would truly win. Don Tony has assured VPW officials that Grim Reefer is bringing the gold back home to OZHB after the show and nothing can stand in Reefer’s way. As for Mack Daddy Flexx, as of now, he remains undefeated in VPW. Will he be able to survive what could potentially be three matches in one night? What about Richie Tyler? On top of having to worry about everyone else in the tournament, Tyler is single-handedly responsible for Jack O’Hearts getting his head shaved back in August. Could The Crew see to it that Tyler doesn’t even make it into the building in one piece?

The remaining entrants are two of VPW’s top cruiserweights, Azrieal and Javi-Air. Both men have consistently performed throughout their VPW careers. They’ve met in the ring several times, including at the last VPW event where Azrieal defeated Javi-Air. It may look like Azrieal has more momentum heading into this huge show than Javi-Air, but nobody should ever count Javi-air out. In fact both of these standout cruiserweights may be placed in situations out of their element if they end up competing against larger opponents. If that’s the case, then both Javi-Air and Azrieal may have to adjust their game plans.

What it’s all coming down to is the crowning of the first VPW Champion. All eight men know what is at stake and will be bringing it all to the table on October 12, 2007 at VPW’s Glory of the Gold. Don’t dare miss this exciting night of action!! Be a part of history!!

Since debuting in VPW, Nick Noshus has been making all kinds of waves. In fact, Noshus in undefeated in VPW. Back in June, he victoriously debuted against JMS. Then in August, he defeated Mr. Professional and Chopsaw in an elimination match. Immediately following that match, Noshus boasted how he was feeling great and was ready for anybody else that wanted a piece of him. Answering his challenge was “Firebird” Jorge Santi. In what was his unexpected VPW debut, Santi almost defeated Noshus, but couldn’t get past Noshus’ sneaky tactics. Now with ample time to prepare, Noshus and Santi will go at it one more time. When asked for comment, Noshus had the following to say, “I’m undefeated in VPW. I’ve defeated four wrestlers over the course of only two events. Why on earth am I wasting my time against that Jorge Santi when I should be in the title tournament? Why am I competing against someone that I’ve already defeated? I’m the best thing VPW has going and you don’t even realize it. Omitting me from the title tournament is a crime and Santi is going to feel my frustrations.” To say Nick Noshus is angry right now would be a severe understatement. His opponent had this to say, “I’m here for an opportunity and a chance to show the fans of Long Island what I can do. Last time Noshus cheated to win, but this time I know what I’m getting into. Don’t miss the next chapter in this hot rivalry!!

The Crew is back at full strength and looking to knock some people around. After being jailed for the bulk of 2007, Joey Everlast is back on the streets and back in the Crew. Everlast debuted for VPW back in March, but immediately after the event ended, the Suffolk County Sherrif’s Department came into the VPW locker room with an outstanding warrant for Mr. Everlast. With his time served, Everlast is looking to get back in the ring. Johnny Suburban was originally set to tag with Eclipse, but in celebration of his friend getting released, Suburban offered him his spot in the match. When asked for comment, Jack O’Hearts had this to say, “Baby, the crew is at full strength baby! We’ve got the top tag team in VPW, Eclipse, we’ve got the Prince of Suburbia, Johnny Suburban, and now back in the saddle is Joey Everlast. No one can stop The Crew baby! Last time I told everyone that we’d be making alphabet soup out of JMS and VSK and we did. Now we’re gonna do it all over again. You can take that to the bank and bank on it!” When asked for comment in regards to having his head shaved, Jack O’Hearts refused to discuss that embarrassing situation. Back in August, JMS and VSK may have been defeated by Eclipse, but both men found that special chemistry when teaming up and have decided to stay together as regular partners. They will now be known as Livewired. Eclipse better watch out for two of VPW’s most energetic wrestlers. Livewired’s partner will be Nightmare. Nightmare carried his American flag down to the ring and vanquished the evil of Crazy Ali at the last VPW event. Now he’s hoping to remove the stain that is The Crew from VPW. Anything can happen in this wild six-man tag!! Don’t miss it!!

This grudge tag team match has been slowly brewing for months. Vinny the Guido burst on to the VPW scene boasting about many things, but mostly boasting about how VTG Enterprises was going to take over VPW. Since that time, not one man managed by Vinny the Guido has won a match, not a single match. Back in August, Vinny the Guido recruited Scotty Rio to his team, but that did Rio no favors. The same thing has been going on for Mr. Professional. Both Mr. Professional and Scotty Rio have been growing increasingly frustrated and rightfully so. Vinny has assured his men that there is strength in numbers and that this time things will go differently. That remains to be seen, especially if their opponents have anything to do about it. Major Intencity has defeated Scotty Rio on two consecutive VPW events while Chopsaw pinned Mr. Professional in August. This is VTG Enterprises chance to climb the ladder in VPW. Another defeat would have to be seen as nothing short of devastating. Chopsaw and Major Intencity are looking to close the book on Vinny the Guido, Scotty Rio and Mr. Professional. They have been training together as of late with a single objective on their minds, victory!

While he was last seen chasing Jason Static on the streets of Long Island, the Zombie will be lurking around VPW on October 12th. It is unknown what the Zombie is up to, but it is getting closer and closer to Halloween. The Zombie was unavailable for comment, but it’s doubtful that anybody could understand him anyway.

In other news, Kevin Matthews is still out of VPW on an indefinite suspension due to his actions back in June.

The only remaining date for VPW in 2007 is on November 30, 2007. VPW is working on possibly securing a December date, but nothing is definite at this time. VPW does have their 2008 dates set. Those will be announced shortly.

-Card Subject To Change-
Driving Directions For The March 2, 2007 Event:

For wrestlers looking to practice, they are welcome to come down for the very low price of $15.