Home / Behind the Scenes / Was Paul Roma Offered Sex for a Push?

Was Paul Roma Offered Sex for a Push? 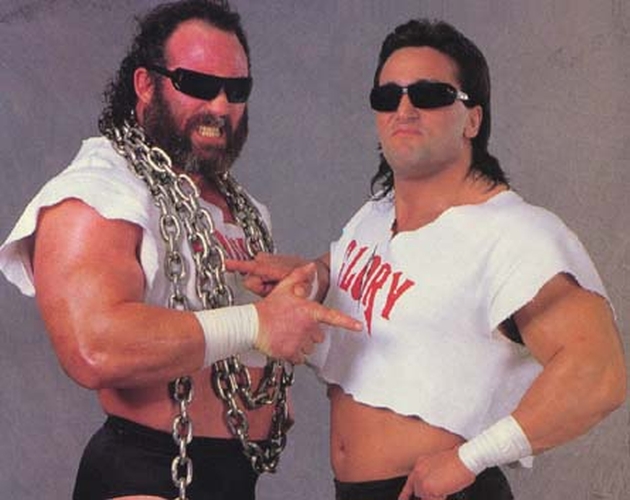 Longtime fans will remember Paul Roma as the young, well-muscled, good looking WWF job guy who worked his way up to mid-card tag team wrestler. He first teamed with Jim Powers as the Young Stallions, and then with the late Hercules in Power and Glory.

His big career break came when he did something only a select few men have ever achieved: he became a Horseman. In 1993 he formed a solid tag team with Paul Orndorff as Pretty Wonderful before dropping off the national radar.

Frustrated with a lack of a push he felt he deserved, Roma left the WWF in 1991. He did some boxing, garnering a 2-1 record before debuting at WCW Slamboree ’93 as the surprise fourth member of the 4 Horsemen on the “Flair for the Gold” segment. The announcement was panned as a disappointment, not because of Roma’s talent, but because he had always been portrayed as a mid-card wrestler in WWF.

Not long after Roma left the WWF in 1991, a series of scandals rocked the company. First there were the steroid allegations following the Dr. George Zahorian trial, sparked by Hulk Hogan going on the Arsenio Hall Show and lying about his steroid use. “Superstar” Billy Graham came forward and blasted Hogan as a liar, and then a new wave of scandals came when many in the WWF accused executives Pat Patterson, Terry Garvin, and referee Mel Phillips of sexual harassment.

Patterson, Garvin, and Phillips are gay (Garvin has since passed away), which only made the headlines more sensational on the tabloid shows. Around the time those headlines were still ongoing, Paul Roma did an interview with John Clark of the Wrestling Flyer Newsletter. The interview appeared in Clark’s Wrestling Flyer Interview Collection #1.

Clark asked Roma point blank, “Did Pat Patterson ever approach you in a sexual manner?”

Roma answered with the following: “Yes, and it happened right in his own home. I was over there with some of his friends and people that I knew from the company. We got together because we wanted to become better acquainted. During the party, I was inside the house with Pat and his friend, Louie (Pat’s boyfriend Louis Dondero). Pat sat down next to me on the couch and started telling me about that if I played around with a certain executive, my career would advance. He kept telling me, “Do you understand what I’m saying Paul?” I was like, yeah sure, but I never did anything about it and he never mentioned it again.”

Despite Roma’s claim, he was never among those who came forward with accusations, such as Murray Hodgson (who claimed he was turned down for an announcing job when he refused to sleep with Patterson). Surprisingly, little became of Roma’s statement in this interview, possibly because the sex scandals were beginning to die down at this time as the steroid scandal heated up. It’s also vague, as Roma didn’t imply Patterson was speaking about ‘playing around’ with Patterson himself, but rather a ‘certain executive’ Roma never named.

Clark then asked Roma, “What do you think you would have accomplished if you had accepted his offer?”

Roma answered: “Me & Herc would have been tag team champs, no doubt about it. To this day, Herc still teases me about it and says to me, ‘If you would have only taken that piece of ass, we would have been champs.’”

In the same interview, Roma speculated that his tag team partner Jim Powers had been approached sexually in a similar manner, which is why Powers quit. He said word got back to Vince that Powers quit because he was being harassed, and so to shut him up, they brought him back in Las Vegas (March 21, 1987), teamed him with Roma, and they lost to Demolition. Roma claimed Powers told him that day that the speculation was true and that’s why he had quit. Vince wanted to see how the crowd would react, and after that night they became a regular team.

Roma’s comments have never been confirmed or denied publicly by Patterson, so it’s just his word at this point. With all the time that has passed, it’s very unlikely Patterson will ever respond to the claim, and he probably isn’t even aware of those comments.