Welcome to ‘The Era of Owens’ 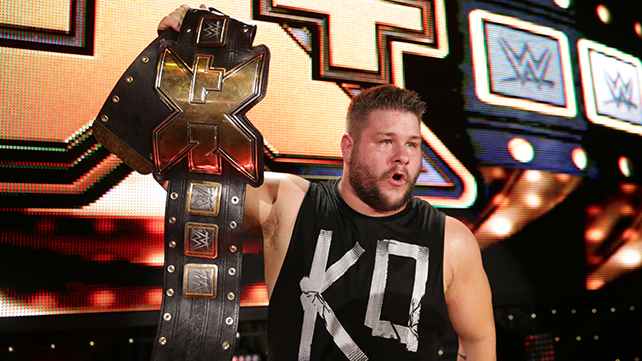 Kevin Owens’ victory at NXT Takeover: Rival earned him a distinction that no other NXT Superstar can claim: Owens captured the NXT Championship just two months after his debut, earning him the record-setting accomplishment of the fastest ascent to champion in NXT history.

This week, Owens talks about his road to WWE NXT, his friendship with Sami Zayn and why he will fight anyone as he embarks on life atop the NXT mountain.

WWE.COM: When did you first decide this was what you wanted to do with your life?

KEVIN OWENS: My dad rented a tape of WrestleMania XI when I was 11 years old and I decided to watch it with him. As soon as I saw the first match, I was hooked. And by the time I saw Shawn Michaels compete, I knew this is what I had to do with my life. I started pestering my folks about training, but obviously they weren’t going to let me do that at such a young age. But, they encouraged me to pursue it. They bought every pay-per-view for me. They took me to every WWE event that came to Montreal. They could see how passionate I was from the start.

WWE.COM: How did your training come about?

OWENS: When I was 14, my mother got in contact with a local wrestler by the name of Serge Jodoin who agreed to train me. I started in an old barn in the middle of a field near where I lived. That only lasted about a month, but it was good. Serge was a good man, a solid wrestler, and he taught me whatever he had the time to teach me very well.

That school closed down and I eventually signed up for another school in Montreal about a year later and resumed training. I had my first match on my 16th birthday in L’Assomption, which is a small town outside of Montreal.

WWE.COM: You’ve faced a lot of adversity to get here. Talk about some of the criticism that’s been thrown your way.

OWENS: I guess it was the exact kind of criticism you would expect for someone like me trying to make it in an industry where aesthetic appearance is so important. I’ve been told I wasn’t in good enough shape and that I looked too bland. I also had people tell me I was too hard-headed and didn’t play by the “rules” enough.  All I can say about that is I am who I am. I’ve done pretty well for myself so far so I must be doing something right.

Am I willing to change some things in order to improve and get even further? Of course. Am I willing to listen and learn from anybody willing to teach me? Absolutely. But I really believe I can do those things while still being genuine and true to myself.