Home / WWE / Who is the greatest WWE World Champion ever?

Who is the greatest WWE World Champion ever? 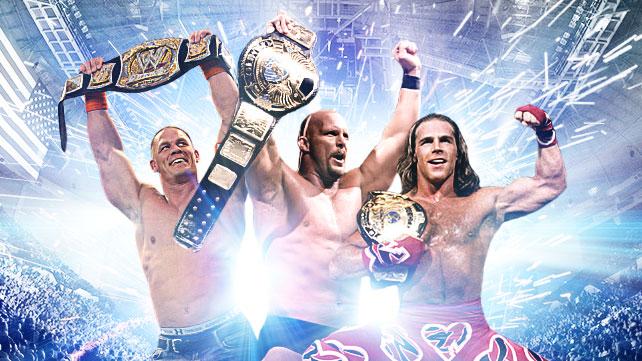 Sometimes amid all the drama over what’s “best for business,” Superstars lose sight of what matters most in the WWE Universe — becoming the WWE World Heavyweight Champion. It’s the top prize in all of sports-entertainment, signifying the best in the business. The prestigious honor was first achieved by Buddy Rogers all the way back in 1963 when he defeated Antonino Rocca in Rio de Janeiro, Brazil. Since then, a who’s who of squared-circle legends have been able to call themselves a WWE World Heavyweight Champion. But, which of these competitors was the greatest champion?

WWE Hall of Famer “Stone Cold” Steve Austin is hands down the greatest WWE World Heavyweight Champion of all time, not only because he held that title six times, but because his rebellious, anti-hero persona brought the WWE to unprecedented heights as he led the charge through The Attitude Era.

The Texas Rattlesnake did whatever he wanted, whenever he wanted, and captivated a generation of fans who lived vicariously through the rule-breaker. He smashed countless rivals with his finishing maneuver, the “Stone Cold” Stunner;  knew how to use any number of automobiles to make a point; and raised hell in an epic rivalry against the boss, Mr. McMahon.

In fact, I’d be willing to wager that most of the other selections on this list might call Austin the greatest WWE World Heavyweight Champion of all time, as well. He is the ultimate example of what a champion should be. And that’s the bottom line, ’cause “Stone Cold” said so! — MICHAEL BURDICK