Home / WWE / Who will win at WWE Fastlane?

Who will win at WWE Fastlane? 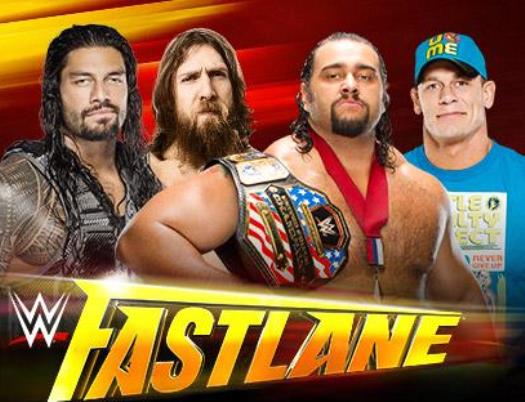 As WWE races toward WrestleMania 31, no event before The Show of Shows holds as much intrigue or importance as WWE Fastlane, which airs live Sunday on WWE Network.

The fabric of WrestleMania’s WWE World Heavyweight Title main event will be determined when Roman Reigns and Daniel Bryan joust for the top-contender spot. Also at WWE Fastlane, four titles will be defended, brothers will duke it out and three of WWE’s most popular Superstars will take aim at The Authority’s handpicked wrecking crew.

But who will win? Check out these WWE Fastlane predictions by WWE Hall of Fame announcer Howard Finkel, “The Voice of Extreme” Joey Styles and WWE.com editors, and add your own in the comments section below.